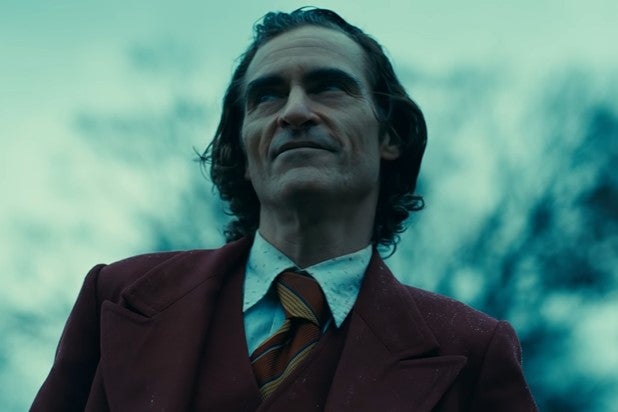 Officers were sent to maintain a visual presence beginning around 5 p.m. at the Century Huntington Beach, located at 7777 Edinger Ave. in Orange County southeast of Los Angeles. All films scheduled to play after 4:45 p.m. stopped showing, and people who had purchased tickets to see “Joker” were turned away.

Police did not confirm that the threat was directly tied to the release of “Joker” and added that the decision to close was made by the theater.

The theater reopened Friday under normal operations, but the Huntington Beach police department will provide patrols at the theater through the rest of this weekend.

“We are working in conjunction with the theater’s management as well as mall security to provide a safe environment to the public,” Bennett said in a statement. “This incident is currently under investigation, and no further details will be provided.”

The Century Huntington Beach and a representative for Cinemark did not immediately return a request for comment.

The R-rated film sparked concern in the media due its dark tone and portrayal of an irredeemable villain character which some critics say has potential to lead to real-world violence. The families of the victims of a 2012 shooting in Aurora, Colorado during a showing of “The Dark Knight Rises” sent a letter to Warner Bros. CEO Ann Sarnoff calling for donations to gun-victim charities in fears that the film presents the protagonist as part of a sympathetic origin story. The gunman, James Holmes, was likened to Joker because of his bleached, orange hair and a voicemail he left at a private-gun range a month before the mass murder that claimed 12 lives.

“Gun violence in our society is a critical issue, and we extend our deepest sympathy to all victims and families impacted by these tragedies. Our company has a long history of donating to victims of violence, including Aurora, and in recent weeks, our parent company joined other business leaders to call on policymakers to enact bipartisan legislation to address this epidemic,” a representative from Warner Bros. said in a statement last week. “At the same time, Warner Bros. believes that one of the functions of storytelling is to provoke difficult conversations around complex issues. Make no mistake: neither the fictional character Joker, nor the film, is an endorsement of real-world violence of any kind. It is not the intention of the film, the filmmakers or the studio to hold this character up as a hero.”

The U.S. Army base at Fort Sill, Oklahoma, has also warned about the film’s violence at an upcoming showing, saying in a memo to commanders Monday: “Commanders need to be aware of this threat for Soldier and family safety and to increase situational awareness should they choose to attend the release of this movie.”