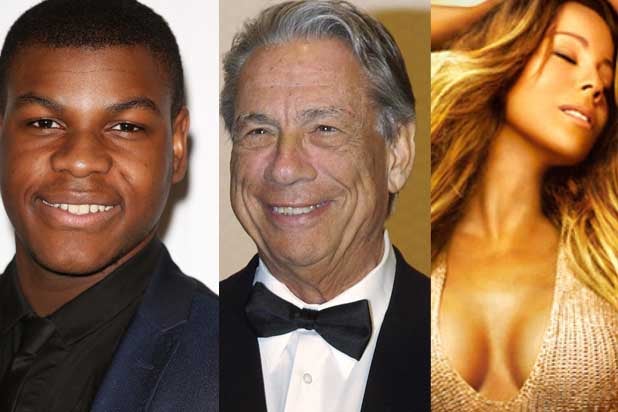 Why ‘Amazing Spider-Man 2’ Is Vital to Sony’s Future Tentpole Strategy
The studio is counting on Drew Goddard‘s “Sinister Six” and Alex Kurtzman‘s “Venom.”

Will Netflix and Amazon’s Push Into Original Series Hurt the TV Business?
Top executives across the entertainment industry weigh in on the medium’s future.

‘Star Wars: Episode VII’ Director J.J. Abrams Still Has Casting Tricks Up His Sleeve
Until Abrams reveals who else will join Disney’s galaxy far, far away, meet the cast announced earlier this week.

What the Hell Is Wrong With Horror Movies at the Box Office?
“The Quiet Ones” is latest misfire, one year after the genre produced a string of No. 1 breakout hits.

11 Album Titles Crazier Than Mariah Carey’s ‘Me. I Am Mariah…The Elusive Chanteuse’
The pop diva’s got nothing on the Flaming Lips, Hoobastank and Limp Bizkit’s “Chocolate Starfish.”

Hollywood Gets Revenge in ‘Silicon Valley,’ ‘Veep’ Views of Tech Titans
Remember this, you masters of the Internet: He who holds the pen, laughs last.

Donald Sterling Banned for Life: The NBA Does the Right Thing
And Sterling took NAACP Los Angeles president Leon Jenkins down with him. And he has cancer. And he wishes he would have just paid his girlfriend off.

Family of ‘Tosh.0’ PA Slams LA Sheriff’s Department With $25 Million Claim
John Winkler was shot and killed April 7 after being mistaken for a knife attacker.

‘Gravity’ Author Sues Warner Bros. for Breach of Contract, Seeks Percentage of Film’s Profit
Tess Gerritsen claims that she is owed a “based upon” credit and a boatload of money.