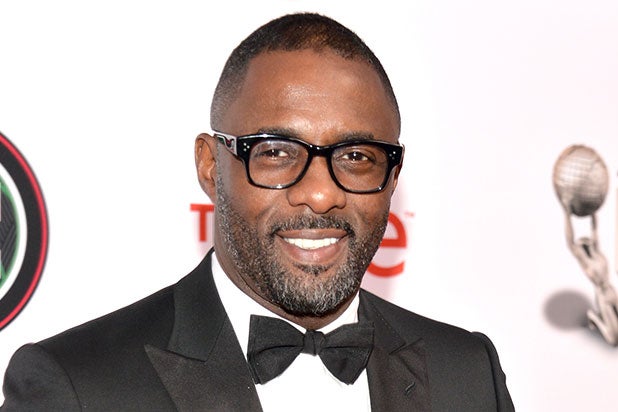 Idris Elba is in early talks to play gunslinger Roland Deschain in Stephen King‘s “The Dark Tower,” with Matthew McConaughey in negotiations to play the villainous Man in Black, multiple individuals familiar with the project have told TheWrap.

Sony Pictures and MRC are co-financing the ambitious feature film, which Nikolaj Arcel will direct from a script by Akiva Goldsman and Jeff Pinkner that’s primarily based on the first book in King’s series, “The Gunslinger.” Arcel is currently working with Oscar-winning Danish filmmaker Anders Thomas Jensen (“Election Night”) to rewrite the script.

Elba had recently been sought to star alongside Tom Cruise in “The Mummy” for Universal but he passed on the project last week. Insiders suggest he was waiting for McConaughey’s talks to progress before entertaining the idea of scaling “The Dark Tower,” as the two actors are keen to work together.

McConaughey had been offered the role of Roland several weeks ago but found himself drawn to the Man in Black upon reading the script.

King’s book blends horror and fantasy to tell the tale of a gunslinger who has taken up the lifelong quest of locating The Dark Tower – which is the nexus of the universe — before evil invades and destroys the tower, ending all existence.

“The Dark Tower” has been Imagine Entertainment’s baby for many years. Ron Howard, Brian Grazer and Erica Huggins are producing for the company along with Goldsman and his Weed Road banner. Pinkner is expected to executive produce with MRC, which is also developing a companion TV series that’s long been part of the adaptation plans.

It’s unclear whether the TV component would require the involvement of either Elba or McConaughey, though neither has shied away from juicy roles on the small screen between “Luther” and “True Detective.”

Also Read: Idris Elba Is Back on the Edge in New 'Luther' Trailer (Video)

Sony chief Tom Rothman has positioned “The Dark Tower” as the start of a global franchise, saying in an earlier statement that “there are few projects out there that compare with the scope, vision, complex characters and fully drawn world that Stephen King has created.”

Elba just earned a SAG nomination for his ferocious turn in “Beasts of No Nation” and recently embraced his own dark side to play a villainous character in “Star Trek Beyond.” He also voices roles in three upcoming Disney movies — “The Jungle Book,” “Finding Dory” and “Zootopia.” He’s represented by WME.

A representative for MRC declined to comment, while Elba’s publicist did not immediately respond to a request for comment. Deadline broke the news of the filmmakers’ interest in Elba.