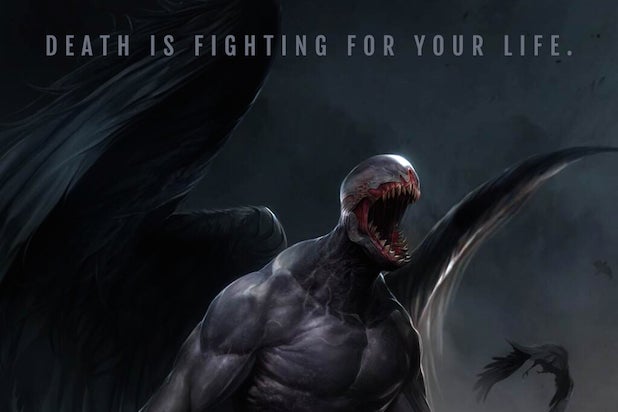 Musician and prolific comics creator Alan Robert’s latest book is already in the process of being adapted for the big screen.

The writer-artist of the popular “Killogy” comic will release “The Shunned One” via IDW comics in early 2015, while the film adaptation is being scripted by “Grizzly” and “Corrosion” writer Jack Reher.

Robert and his Wasted Talent Entertainment label (which includes Chris White and Jeff Mazzola) will co-produce alongside the Coalition Group, whose sister firm Radical Studios has produced the Tom Cruise film “Oblivion” and the upcoming Dwayne Johnson-starring “Hercules,” among other things.

“‘The Shunned One’ centers on an angel of death who goes rogue after refusing to take innocent human lives. His actions alter balance in the universe, causing a chain reaction of unforeseen disasters,” according to a synopsis. “As a result, a pack of vengeful death angels are sent down to hunt him. He must hide amongst the humans while trying to undo the damage he’s done.”

“To watch this thing take shape as a film, even before the comic is released, is pretty amazing,” Robert said. “I think what interests people most about the property is that it isn’t a typical, Biblical take on angels, whatsoever. It’s a whole new mythology. You’ve never seen angels like this anywhere before.”