Bahman Ghobadi’s "No One Knows About Persian Cats" has been acquired by IFC Films for distribution in the U.S. via its IFC in Theaters platform, which brings movies to on-demand viewers at home the same day they premiere in theaters. A 2010 release is planned. 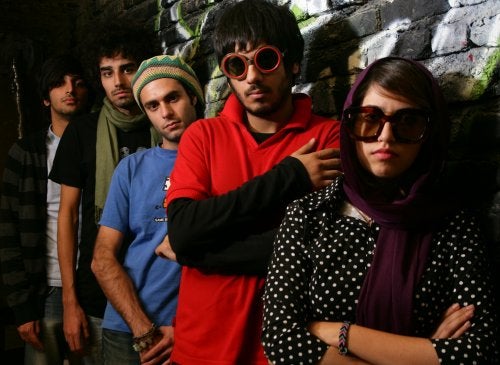 The movie was the opening-night film of the 2009 Cannes Film Festival’s Un Certain Regard section, where it won a Special Jury Prize.

"No One Knows About Persian Cats" was written by Ghobadi, Roxana Saberi and Hosein M. Abkenar. Saberi is the Iranian-American journalist who was accused of spying last spring and held by Iranian authorities for several months.

"No One Knows About Persian Cats" had its North American premiere at the AFI Fest in Los Angeles in November. It will be a special presentation at the SXSW Film Festival in March and will be shown in April at the Film Society of Lincoln Center as the centerpiece screening of a Ghobadi retrospective set for April 14-15.

The deal for "No One Knows About Persian Cats" was negotiated by Arianna Bocco, IFC Films’ VP of acquisitions and co-productions, with Carole Baraton of Wild Bunch.

Jonathan Sehring, president of IFC Entertainment, said in a statement, “We are absolutely thrilled to be back in business with Bahman Ghobadi and Wild Bunch. He’s one of the world’s most distinct voices and he’s made an incredibly entertaining, fascinating and life-affirming film."

The soundtrack to the film, which was a best-seller in Europe, will be released in the U.S. on April 13 through Milan Records.