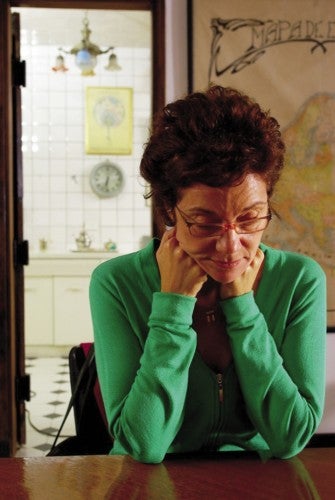 Produced by Carousel Films’ Gabriele Pastore and Caroline Dhainaut from La Ninas Pictures, "Puzzle" had its world premiere in competition at the 2010 Berlin Film Festival.

IFC Films plans to take the film to upcoming fall film festivals and release the film shortly thereafter as part of its IFC in Theaters program, which brings critically acclaimed independent movies to on-demand viewers at home the same day they premiere in theaters.

The acquisition was negotiated by Elizabeth Nastro, IFC Films’ director of acquisitions and co-productions, with Emilie Georges and Tanja Meissner of Memento Films International.

"Puzzle" follows forty-something housewife Maria del Carmen (Maria Onetto), whose only concern for 20 years has been caring for her husband and now grown-up kids. When she gets a puzzle for her birthday, she discovers she has a talent for assembling puzzles very quickly. She takes on a training partner, a suave millionaire (Arturo Goetz) who opens her eyes to her gifts.

IFC Entertainment president Jonathan Sehring said in a statement, “’Puzzle’ completely charmed our entire team at the Berlinale. … We think this film is going to connect with American audiences in a big way on all of our platforms."