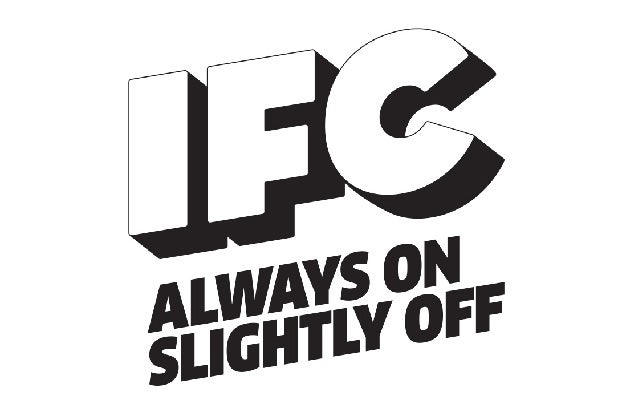 IFC  shared details about its current development slate and revealed some new information about the upcoming second season of “Documentary Now!” at its upfronts event on Thursday.

The network is developing eight new comedy series from the likes of Bryan Cranston, Steven Weber, Allison Anders and Sharon Horgan. Projects from “The Nightly Show With Larry Wilmore,” “Bojack Horsemen,” “Getting On” and “The Daily Show” are also in the works.

“These projects reflect our mission to make great content with cool people,” IFC president Jennifer Caserta said in a statement. “At IFC, we are driven by developing smart comedy that is ‘Slightly Off’ and working with the very best creative forces, both in front of and behind the camera.”

The network also gave some details about the second season of “Documentary Now!” with “The War Room,” “Jiro Dreams of Sushi” and “Salesman” slated to be among the famous docs parodied by Fred Armisen and Bill Hader when the series returns this fall.

In addition, short-form comedy content from the web-based IFC Comedy Crib is set to debut as a new on-air late night program. Beginning in the fall, the program will air once a week, using segments from Comedy Crib and the network’s other programs including “Comedy Bang! Bang!” and “Portlandia.”

“The Comedy Crib has become an important extension of our on-air lineup and a great way to bring new comedic voices and talent to fans, so it makes perfect sense to build this return path to our air for Comedy Crib content and, at the same time, establish a new late-night program on IFC,” Christine Lubrano, IFC’s senior vice president of original programming, said.

“TODD BARTH CAN HELP YOU”
A conservative insurance adjuster completely changes his path in life when he starts to believe he has what it takes to become a new age, self-help guru. Steven Weber (Wings) is attached to star. Produced by Moonshot Entertainment, Todd Barth Can Help You is created and executive produced by Bryan Cranston, Clay Graham (Santa Clarita Diet) and Weber. James Degus (SuperMansion) is also executive producing with Graham writing the series.

“CANTERBURY TALES”
The 1970s punk scene comes to rough and fumbling life when Terry, a young music aficionado flees Texas and moves into the run-down, cockroach-infested Canterbury Apartments, in the heart of Hollywood. Terry and his rowdy female musician roommates sleep all day and make music and mayhem all night at Hollywood’s first punk rock club, as they try to break into the music industry. Created by Allison Anders (Mi Vida Loca, Grace Of My Heart) and Terry Graham (drummer for seminal punk band The Bags, Gun Club and author of Punk Like Me).

“DETECTIVE LADY”
A film noir inspired comedy following female detective, Annie, who solves crimes in the hamlet of Sicily, USA. She is a rebel crime solver with a bit of a drinking problem, a new partner to contend with, and some family history to unravel before it tears her apart. Created by Kelly Galuska, who has worked on Bojack Horseman and Mom, and was recently nominated for a WGA Award for her individual episode of Bojack Horseman.

“HOW TO RIG AN ELECTION”
Based on the book “How to Rig An Election” by former political consultant Allen Raymond, the series explores the astonishingly dark underbelly of political campaigning. Written and executive produced by Tom Ruprecht (Late Night with David Letterman, The Nightly Show with Larry Wilmore).

“GRAND LAKE”
A dark comedy about two female best friends who wish nothing but the worst for each other. They share a murderous secret that most days takes a back seat to the everyday
drama of their disappointing adult children, small town politics and an annoying, yet charming, ex-husband. Grand Lake is created by WGA award-winning Gretchen Enders (Gortimer Gibbon’s Life on Normal Street) and produced by the Academy Award-winning A24 (Room, Amy).

“LAUGHS IN TRANSLATION”
Based on the Above Average webseries that starred SNL alum Brooks Wheelan, this series is a fish out of water travel show that explores what different people around the world find funny and why. With local comedians as guides, the host will travel the world to find out if anything is universally funny or if some humor is just lost in translation.

“LIVING WITH YOURSELF”
A burned-out copywriter undergoes a novel treatment to become a better person, only to find his worst enemy is himself. Told through multiple perspectives and intersecting storylines, this inventive philosophical comedy asks: do we really want to be better? Created by Emmy and Peabody award-winning Tim Greenberg (Daily Show) and executive produced by Anthony Bregman (Foxcatcher, Eternal Sunshine of the Spotless Mind) and Jeffrey Stern of Likely Story. Jeff Blitz (Review, The Office) is attached to direct and executive produce.

“THIS LAND IS OURS”
Set in present day New York, this series follows a group of anarchist squatters who take over an unoccupied Harlem Row House with every intention to keep it for themselves. They are forced to defend themselves against the fat cat developers who they discover have sold the property for near billions. The bizarre collective of activists, artists and hippies form a strong bond while waging war to bring back the gritty city they love. Written and created by Vicki Pepperdine and Joanna Scanlan (Creators of Getting On and Puppy Love). Produced by Merman (Todd Margaret, Catastrophe), the production company founded and run by Sharon Horgan and Clelia Mountford, together with George and George Co, the production company owned by Pepperdine and Scanlan.