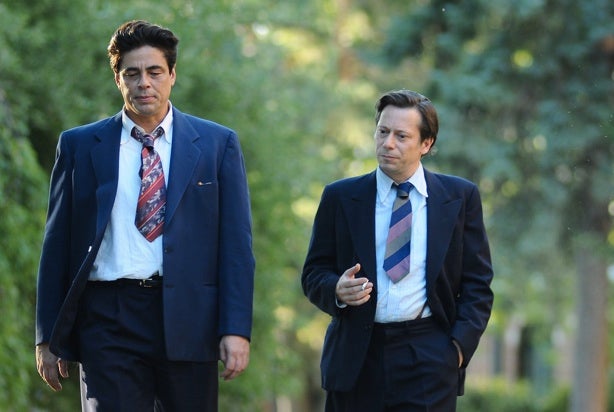 IFC Films has nabbed U.S. distribution rights to “Jimmy P.: Psychotherapy of a Plains Indian,” from Worldview Entertainment and is planning an early 2014 release for the drama.

A spokeswoman for IFC said it has yet to be determined if the movie will be released theatrically or will debut on home entertainment platforms.

The film boasts some high-wattage talent in the form of Oscar-winner Benicio Del Toro and “The Diving Bell and the Butterfly”s’ Mathieu Amalric. It made its world premiere in competition at the 2013 Cannes Film Festival, where it received mixed notices, and made its North American debut at the New York Film Festival earlier this month.

In TheWrap, Sharon Waxman praised del Toro’s performance but faulted the film’s pace, writing “the movie suffers from being too light and too heavy at the same time: the stakes are rather lightweight (especially given the history of native Americans) and the treatment of those stakes ponderous.”

Arnaud Desplechin (“Kings & Queen”) directs and co-wrote the screenplay with Kent Jones and Julie Peyr. The film is based on a book “Psychotherapy of a Plains Indian” by Georges Devereux about his relationship and study of Jimmy Picard, a Blackfoot Indian, who fought in World War II and suffered from psychological distress.

The deal was negotiated by Arianna Bocco, senior vice president of acquisitions, on behalf of IFC Films, and CAA on behalf of Worldview.