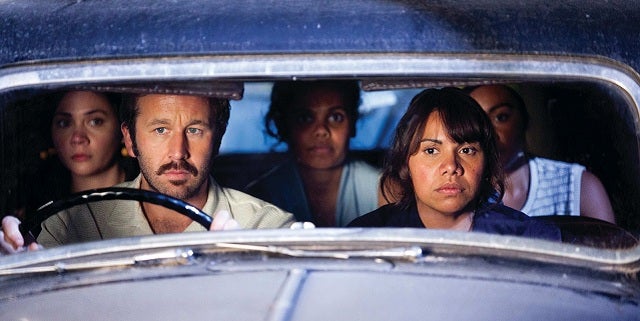 “The Sapphires” hit the right notes in a promising specialty box office debut, taking in $40,927 from four theaters over the weekend.

That's a $10,232 per-screen average for the Weinstein Company release, which is loosely based on a true story.

Wayne Blair directed the story four young, talented Aboriginal girls who grew up just as  their people were gaining basic civil rights like voting in their home country Australia. They learn about love, friendship and war when their all-girl group travels to Vietnam in 1968 to entertain the U.S. troops. Chris O'Dowd, Deborah Mailman and Jessica Mauboy star.

IFC Films opened "Gimme The Loot" in one New York theater and it took in an impressive $23,400.

Fox Searchlight's "Stoker" grossed $356,000 from 275 theatres as the film went into national release, and upped its overall domestic gross to $1.1 million after four weeks.

IFC's "On The Road," based on the Jack Kerouac's classic novel, took in $105,000 from 42 theaters, a $2,500 per-screen average. Kristen Stewart, Sam Riley and Garrett Hedlund star in the adaptation, directed by Walter Salles from a screenplay by Jose Rivera.

Tribeca Films’ “Somebody Up There Likes Me” expanded to San Francisco and, with star Nick Offerman doing question-and-answer sessions before select shows, brought in $6,200 at the Roxie Theater there. With another $1,000 from L.A.’s Sundance Sunset, it made $7,200 for the weekend, a 3,600 per-screen average that upped its total gross to $58,502.

Freestyle Releasing's "InAPPropriate Comedy," in which Lindsay Lohan has a brief cameo and Adrien Brody and Michelle Rodriguez star, tanked.