IndieGoGo, a web-based fundraising platform for film, video and charity projects, has acquired the digital distribution service Distribber, which will give independent filmmakers access to iTunes, Amazon and Netflix Instant.

“It’s really an opportunity for us to create an entire suite of tools,” says Slava Rubin, one of the co-founders of the two-year-old IndieGoGo.

“We kept hearing from our customers that they loved our fundraising tools, that we really helped them on that end,” he says. “But they told us that they were hitting a wall when they finished their projects and started looking for distribution.”

Currently, about 3,000 projects are looking for funding on IndieGoGo, which began as a way to fund independent film and has grown to include video, charity work, writing, political and technological events, among others. 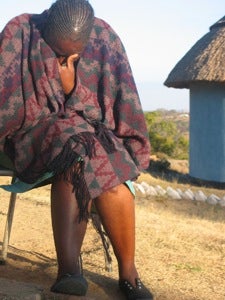 The company gives those seeking funding a platform to pitch their projects and offer various VIP perks in exchange for different levels of support. It promotes the projects through a variety of social media sites, and is open to anyone seeking funding of up to $100,000.

Projects that have been funded through IndieGoGo include the documentary “Tapestries of Hope” (left),  which raised almost $23,000 from more than 75 donors on the site.

Distribber, which was founded in 2009, is a distribution service designed to make it easier for filmmakers to place their work on iTunes without the loss of rights or back-end revenue. Concurrent with the acquisition by IndieGoGo, the company has announced new distribution partnerships with Netflix and Amazon as well.

Distribber takes an upfront fee of $1295 to encode, tag and place a film on iTunes; Netflix and Amazon are free for films that have signed up for iTunes distribution, or $295 and $95, respectively, otherwise.

Once the film is available on those platforms, the filmmaker receives 100 percent of the revenues. “It’s the first time ever that filmmakers can get into iTunes and Netflix and Amazon without having to pay on the back end,” says Rubin.