Hollywood is usually the first to embrace the do-gooder cause of the moment, with the elite often sporting colored ribbons to indicate their solidarity with those affected by diseases like AIDS, multiple sclerosis and breast cancer.

But actors who suffer from the diseases say that when out of the spotlight, the industry tends to ignore those with disabilities and chronic illnesses, leaving many actors and crew members fighting to get work. 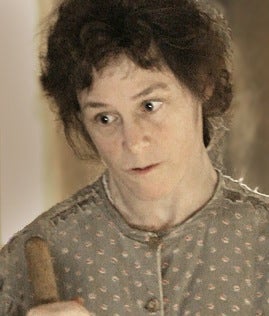 "The only time I get sent out is if they’re specifically looking for people with a disability, and that’s absurd," said "Deadwood" actress Geri Jewell (left), who has cerebral palsy. "The minute a show ends, I’m at square one again." (For more on Jewell, see accompanying sidebar.)

After securing bit parts in films like "Freaky Friday" and the TV show "Friends," Hastings landed his biggest gig to date: a job on season 4 of "The West Wing " as a military figure who appeared regularly in the show’s situation room and White House scenes.

"I felt the illness was controlling so much of my life, and I needed to start functioning in society and focus on something other than what I was feeling physically. It pulled me out of myself," Hastings (below) told TheWrap.

Soon, a fibromyalgia magazine took note of Hastings and featured him in three-page spread. After the piece ran, Hastings asked a number of his friends if they felt he should send copies of the story off to Central Casting.

"Half of the people said, ‘No way. If they know you even have a headache, they don’t want you.’ Others said it would make for incredible publicity," he said.

He sent the magazine off to 30-40 casting directors and waited. 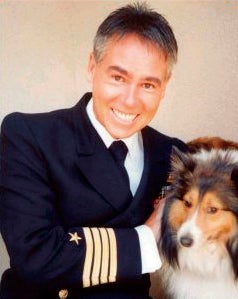 The phones stopped ringing," Hastings said. "Now I realize it was a big mistake. I never got any work or calls after I sent the magazines out. It would be nice if there was a string of of disabled people who casting directors kept in mind for a shoot, but people in Hollywood need to be able to work 12-hour days and be healthy, beautiful and talented. That’ll always be the challenge."

While Hollywood prides itself as being on the leading edge of social mores, many argue that when it comes to serious illness, the industry often exempts itself from the Americans with Disabilities Act.

The act passed in 1990 bans discrimination in hiring a qualified person due to a physical disability. The act also requires an employer to make reasonable accomodations for the disabled.

But Hollywood is an industry that by nature requires able-bodied performers who can be reliable parts of complex and fast-moving  – not to mention expensive – productions.

"We all want Patrick Swayze to work too," said Kent Hamilton, the executive vice president of Truman Van Dyke Company, which specializes in entertainment insurance. "If you had $11 million, would you bet it on somebody who has a serious heart condition staying alive?"

As vice chair of the Screen Actors Guild  Performers with Disabilities Committee in New York, Amy Threet works to educate and provide more equal opportunities for disabled performers like herself and Hastings. She believes filmmakers, writers and casting directors need to do more to fairly treat the disabled.

"The casting people have to audition disabled people for a role that is specific to a disabled person before they dare cast an able-bodied person in that role," she said. "We’re asking that AFTRA and SAG really say there will be monetary penalties for those who don’t audition enough disabled people."

It’s not just those in front of the camera who are skittish about revealing their illnesses. Film producer Lauren Shuler-Donner waited years to reveal her lupus and subsequent breast cancer because she was scared she wouldn’t be hired, as she said publicly at a charity event in 2008.

"There might be an allure in casting sick A-listers, but when you’re B-list — some of these guys who have been eking out a career in acting for so long — they now have another burden to deal with," said Barron Lerner, a physician and historian at Columbia University and author of "When Illness Goes Public: Celebrity Patients."

”For people dealing with this in the trenches, it’s far from glamorous," Lerner said in an interview.

One of the major impediments to the disabled getting work can often be insurance, because all members of the cast are required to have a physical examination to determine if they have any pre-existing conditions before they shoot.

"That’s when little things that are not necessarily a big deal in normal life become important," said Hamilton. "Say there’s a guy who has a heart condition and he had bypass surgery six months ago. The insurance company looks at him and says, ‘Wait a minute, I have a bigger risk here.’ 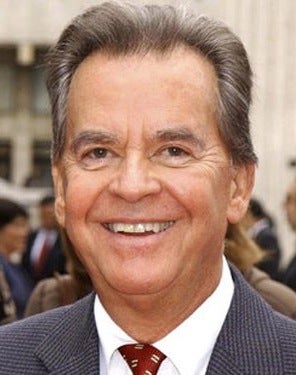 There are ways to negotiate deals for performers who are ill, Hamilton said. A specialist could write a letter to the insurance company explaining the situation, the company could put a higher deductible on the performer or other markets might be willing to accept the risk. And some major studios who self-insure may have more leeway because they have more inclusive policies.

"Things can be worked out to try to help these people," Hamilton said. "I’ve had people with drug problems picked up at jail and flown to the movie set, where they watched constantly by a federal marshall. If someone is in remission from cancer, the doctor can be there with them."

Still, rarely are the physical signs of illness depicted on-camera. Many recall Dick Clark’s jarring appearance as he hosted his "Rockin New Year’s Eve" after having a stroke in 2004 and spoke with slurred speech.

"Some felt bad for him and were saying, ‘This is so great, you never see people with strokes do this in public,’" Lerner said. "But producers might think that if someone has an illness and they’re so clearly defined from it, it could potentially detract from the larger goals of the project.

"If you put Michael J. Fox into a movie just playing a regular guy, people watching the movie are potentially going to be like, ‘This is Michael J. Fox, and he has Parkinson’s,’ which could be distracting."

Threet, a victim of multiple sclerosis, has seen how difficult it is to book roles while ill. Once a successful working actor, Threet was appearing on shows like "Law and Order" and "NYPD Blue" when suddenly, at age 37, she began tripping and falling. A doctor’s visit visit confirmed her fears — she had MS.

She thought she’d never work again, but when she got a call from the casting director at "Law and Order" asking her to act on the jury during the show, she thought the role — which mostly required being seated — could be perfect. But on set, she had to walk up the steps to the jury box numerous times. One day as she was hurrying to her mark, she fell — on her face.

"Panic ensued," she recalled. "’Does this mean we have to give her workman’s compensation?’ Nobody knew how to handle it. Now, people in the industry seem open to more acceptance and change … but we’ll have to see."