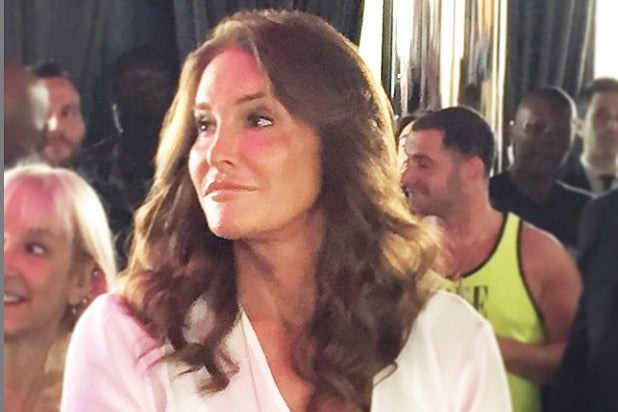 Caitlyn Jenner may be new to the gay party scene but she sure knows how to make an entrance.

Two days after the reality star made her surprise social debut at Jared Needle and Brandon Voss’ Daydream party Sunday afternoon at the Dream Downtown in New York City, Jenner is now the hottest topic in Manhattan.

“Everyone is talking about it. It’s the talk of town,” one partygoer told TheWrap

Jenner attended the bash with an E! production crew filming scenes for her docuseries “I am Cait,” which is scheduled to air on July 26th.

“People were super excited to see her,” said another partygoer. “They were all calling her name and they clearly loved her.”

Jenner arrived at the event with about half a dozen of her friends and was greeted with cheers. The former Olympian even rained money on veteran trans performer Candis Cayne (“Dirty Sexy Money”) during the actress’ “I Am A Woman” number.

People close to the event told TheWrap that Caitlyn “seemed happy to be there.” They also said Jenner was anything but difficult.

“She was super nice and appreciative,” said one partygoer.

While organizers were notified about her arrival ahead of time, most people at the party had no idea they were about to meet the reality star, who stayed for about two hours.

Jenner’s arrival was captured by a fan on Instagram and it was pretty clear she was in her element. “She seemed really together. This party catapulted her to be more comfortable. This was her big catalyst.”

Jenner is already gearing up for her next big outing, as she gets ready to accept the Arthur Ashe Courage Award at the ESPYS on July 15.