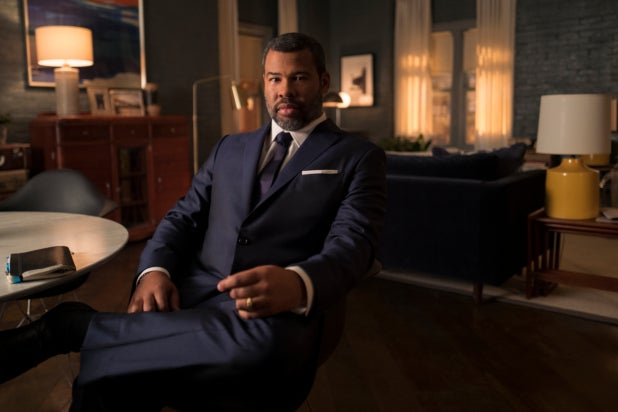 Inside CBS All Access’ Bold Bet on ‘The Twilight Zone': ‘This Is Going to Be Big for Us’

In the most important year in the short history of CBS All Access, “The Twilight Zone” reboot represents the biggest and boldest gamble.

After all, it’s one of the most revered and influential properties in entertainment history. The kind of gig that can make — or break — a career. “It’s like the equivalent of a baseball player putting on Yankee pinstripes,” showrunner Glen Morgan said.

Also Read: Rod Serling's Daughter Says He Would Be 'Stunned' That 'Twilight Zone' Remains So Relevant

“The Twilight Zone” is one of 10 originals CBS All Access will stream this year, the most in any single year for the streamer. On the horizon are other big swings including “Why Women Kill” from “Desperate Housewives” creator Marc Cherry — which features Lucy Liu and Ginnifer Goodwin — and the true-crime drama “Interrogation” led by Peter Sarsgaard, which is notable for its unique, puzzle-box, episode structure. And at the end of the year, Patrick Stewart will bring back his “Star Trek: The Next Generation” captain, Jean-Luc Picard.

CBS All Access will need all the ammo it can get, because they’re not the only ones looking to take a piece of the streaming pie from Netflix. Along with stalwarts like Amazon and Hulu, the streaming space is set to hit hyper-drive this year.

Earlier this week, Apple brought Hollywood up north to Cupertino to showcase Apple TV+, it’s long-awaited streaming competitor, in a glitzy event that was heavy on stars Oprah and Stephen Spielberg, but light on details. On April 11, Disney will finally take the covers off its own streaming play in Disney+. Both Apple TV+ and Disney+ will launch later this year, while WarnerMedia is planning its own foray into the fast-growing market for 2019 as well. Comcast will throw its hat in the ring in 2020.

CBS has not broken out the individual subs for All Access since last summer, when it reported 2.5 million subs. In February, CBS said it had 8 million subs between All Access and its Showtime OTT service, setting a goal for 25 million between the two by 2022. But that still lags behind the other major players. Netflix has 139 million (60 million in the U.S.), while Hulu has 25 million.

While McNamara wouldn’t put any number on it, she said the past few weeks have seen a surge in sign-ups reminiscent to when they debuted “Star Trek: Discovery.” “We do expect to have a really good next few weeks here,” she said.

This is the third time that someone has taken on the gargantuan task of rebooting “The Twilight Zone,” following earlier efforts in 1985 and 2002.

Neither of those had anywhere near the same cultural relevance of Rod Serling’s original version, because they forgot the special sauce of what made it so influential in the first place: Serling’s socially-conscious storytelling that explored the human condition and culture of the times, and touched on themes including the loss of youth, paranoia and racism.

“People remember ‘The Twilight Zone’ for the monsters, as they should. But really, Serling went into this genre because he was getting censored in the political themes that he wanted to discuss,” Morgan said. “I think those reboots, and they had great talent — Wes Craven and Joe Dante —  I believe they avoided those themes.”

During the show’s premiere on Tuesday night at the Harmony Gold Theater in West Hollywood, Peele said he was “terrified” of taking on such a revered property. “We did not take this responsibility lightly,” he said on stage.  “[Rod] spoke about society through his amazing power of entertainment, we wanted to try to honor that.”

“The Twilight Zone” easily has the most impressive cast, not just for CBS All Access, but arguably for any TV series this year, with names including Adam Scott, Seth Rogen, Kumail Nanjiani, John Cho, Greg Kinnear, Goodwin and Jacob Tremblay. McNamara said each cast member joined in part because of their affinity for the original series.

“A lot of people have these very personal childhood associations,” she said. “And I have to say — and this bodes well for a possible continuation of the show — there are so many incoming emails and calls [from other actors].” They’re taking it one season at a time, but McNamara “doesn’t see any reason” why it couldn’t run for multiple seasons.

As CBS All Access looks to court more high-profile creative talent to compete on in the high-stakes streaming wars, it certainly doesn’t hurt to get such an impressive list of names in your building. “I’ve had subsequent meetings around projects that they are involved with, some of them as producers,” McNamara said.

“There are worse things than building a repertory company of people who want to work on the service.”

The first two episodes of “The Twilight Zone” will premiere April 1 on CBS All Access.