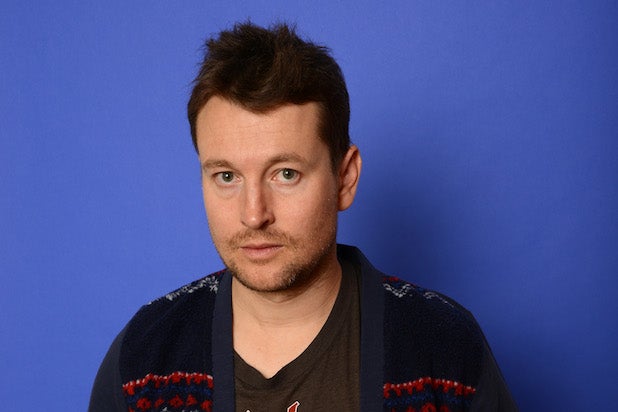 Having written both “Insidious” and “Insidious: Chapter 2,” Leigh Whannell has been tapped to direct “Insidious: Chapter 3” for Focus Features, Entertainment One, Sony Pictures Worldwide Acquisitions and Blumhouse Productions, the quartet of companies announced Wednesday.

Whannell will return to write the film, which Focus will release on April 3, 2015. The distributor acquired rights to project from FilmDistrict.

Jason Blum and his Blumhouse Productions, which produced both “Insidious” movies, is producing the next installment along with Oren Peli and James Wan. Steven Schneider, Brian Kavanaugh-Jones, Peter Schlessel, Lia Buman and Xavier Marchand are executive producing. Production is scheduled to start July 7.

The first “Insidious” movie followed Josh and Renai Lambert and their son Dalton as they confront the demons that possess the young boy. The project was picked up by SPWA at the 2010 Toronto International Film Festival and distributed by FilmDistrict in the U.S., eOne in Canada, U.K. and Spain, and IM Global throughout the rest of the world. It was released on April 1, 2011, and grossed $97 million worldwide on a reported budget of $1.5 million, making it the most profitable film of 2011.

The sequel followed the haunted Lambert family as they sought to uncover the mysterious childhood secret that has left them dangerously connected to the spirit world. Patrick Wilson, Rose Byrne, Lin Shaye, Ty Simpkins and Barbara Hershey reprised their roles in the film, which Wan returned to direct.

“Insidious: Chapter 2” took in more than $40 million at the box office its opening weekend, making it one of the largest horror movie openings ever and one of the biggest openings for a film released in September. It went on to gross $160 million worldwide.

“It’s with great pleasure that we turn the ‘Insidious’ franchise over to the co-creator Leigh Whannell. We are all excited to see in what direction Leigh takes the next installment and we are also glad to welcome James Wan to his new role as producer,” said Schlessel, the CEO of Focus Features.

“We are all excited to bring a third film to audiences and know James and Leigh have great things in store for our fans. eOne and SPWA have been incredible partners on the ‘Insidious’ franchise and we look forward to working together along with Focus Features, James Wan and Leigh on the next installment,” said Blum.

“We’re thrilled to join forces with Leigh, Jason, James and this incredible team once again. Alongside Focus Features and Sony Pictures Worldwide Acquisitions, we are excited to bring another installment of this successful franchise to its loyal fans in our territories and around the world,” added Marchand.

“We are greatly looking forward to bringing this next chapter of ‘Insidious’ to the International audience, and with Leigh at the helm we’re confident ‘Insidious: Chapter 3’ will live up to the high standards set by the franchise,” said SPWA president Steve Bersch.

Whannell, who co-created the hit “Saw” franchise with Wan, most recently wrote and starred in the Sundance movie “Cooties” and the SXSW film “The Mule.”