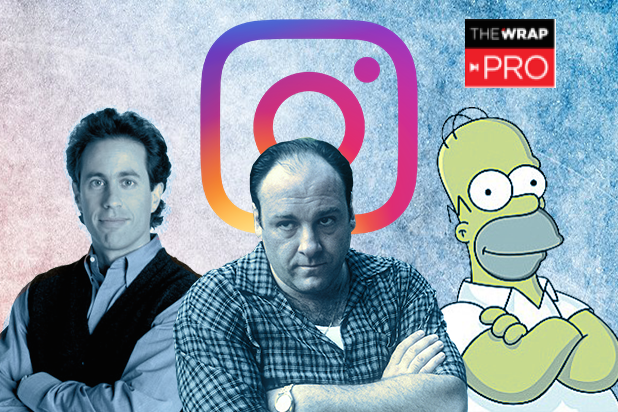 Instagram isn’t just for posting selfies or keeping tabs on your ex. For many users, the app has become the go-to spot for fans of several iconic TV series to relive their favorite scenes, lines and zingers. And shows from the ’90s, in particular, are having a moment.

A cottage industry based on series that had their heyday two decades ago has blossomed, with accounts dedicated to shows like “Friends” and “Seinfeld” now racking up hundreds of thousands of followers, simply by re-sharing old clips and memorable quotes — and in many cases generating revenues from both merchandise and promotional partnerships.

“The Simpsons” has an especially rabid Instagram following. The show, which debuted on the eve of 1990, has 23 fan-driven Instagram accounts — posting clips, screen captions, memes and show oddities — with 20,000 or more followers. Many of these are well north of 100,000 followers. The @SimpsonFamilyQuotes account has 240,000 followers; @SimpsonsClips, which posts short videos from the show, has 147,000 followers. The show’s official account has 620,000 followers — only 6,000 more than @TheSimpsonsIG, another fan account that routinely posts clips.

Why has Instagram become the destination for old school TV, though? Sean Moriarty, who co-runs @SimpsonFamilyQuotes from Toronto with Laurel Grant, explained that the Facebook-owned app is perfect for how fans revisit old shows today — a 2019 version of reruns.