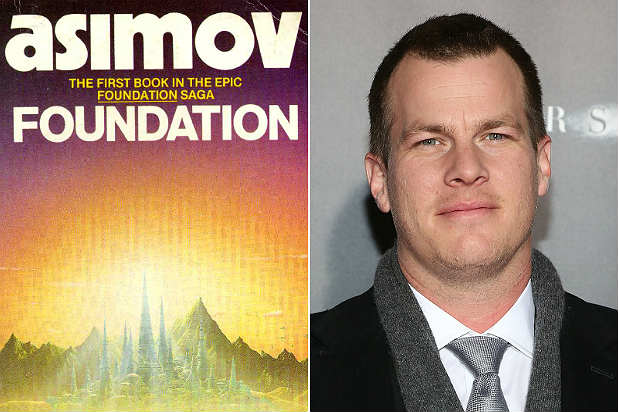 HBO and Warner Bros. TV are teaming to produce a series based on Isaac Asimov‘s “Foundation” trilogy that will be written and produced by “Interstellar” writer Jonathan Nolan, multiple individuals familiar with the project have told TheWrap.

Nolan, who is already working with HBO on “Westworld,” has been quietly developing the project for the last several months. He recently tipped his hand to Indiewire, which asked him, ‘what’s the one piece of science fiction you truly love that people don’t know enough about?’

“Well, I fucking love the ‘Foundation’ novels by Isaac Asimov. They’re certainly not [unknown], but that’s a set of books I think everyone would benefit from reading. That’s a set of books where the influence they have is just fucking massive. They have many imitators and many have been inspired by them, but go back and read those, and there are some ideas in those that’ll set your fucking hair on fire,” Nolan told Indiewire.

Representatives for HBO and WBTV had no comment, while a representative for Nolan didn’t immediately respond to a request for comment.

“Foundation” follows mathematician Hari Seldon, who has dedicated his life to developing psychohistory, a concept that uses the laws of mass action to predict the future on a large scale. When he foresees the imminent fall of the Galactic Empire and a dark age that will last 30,000 years, he sets out to create a foundation of talented artisans and engineers to preserve and expand on humanity’s collective knowledge with the hope of establishing a new empire.

Sony Pictures acquired “Foundation” in a multi-studio auction back in 2009 and attached Roland Emmerich to direct and produce. Two years later, the studio hired Dante Harper (“Akira”) to adapt the books. When the project failed to materialize, HBO spent big bucks to acquire the property when it became available earlier this summer.

Nolan, who has an overall deal with WBTV, is represented by WME and attorney Michael Schenkman.