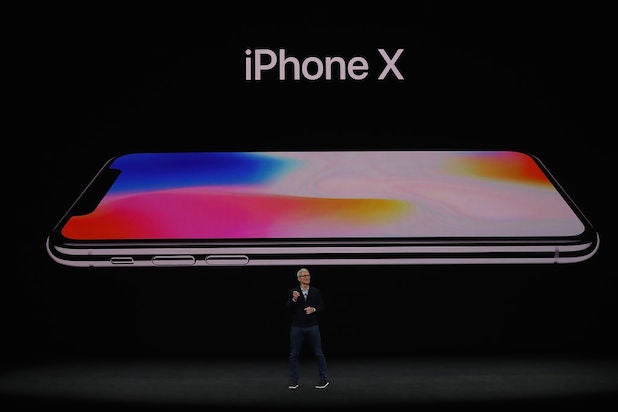 Maybe people are waiting for the iPhone XI.

That figure also came up short of Apple’s record 78.3 million iPhones sold in a single quarter, which the company hit during its last holiday quarter.

Also Read: Steven Soderbergh Wants to Only Shoot Movies on iPhone Now: 'This Is the Future'

Still, Apple continued to print money during its first quarter, with its record $88.3 billion in revenue beating analyst estimates of $87.1 billion. But the underwhelming iPhone sales, coupled with middling guidance for the upcoming quarter, has Wall Street letting out a collective “meh.” Shares of Apple moved slightly up in after hours trading, hitting about $168 a share.

The iPhone X went on sale in late October, with Apple fanboys touting its home button-less screen and facial recognition technology, used for unlocking its screen. But less than three months after its release, Apple was slashing orders for its 10th anniversary iPhone on waning demand.

Apple came into the day with a market cap of more than $860 billion, but its push to becoming the first trillion dollar company looks to be taking a pit stop.