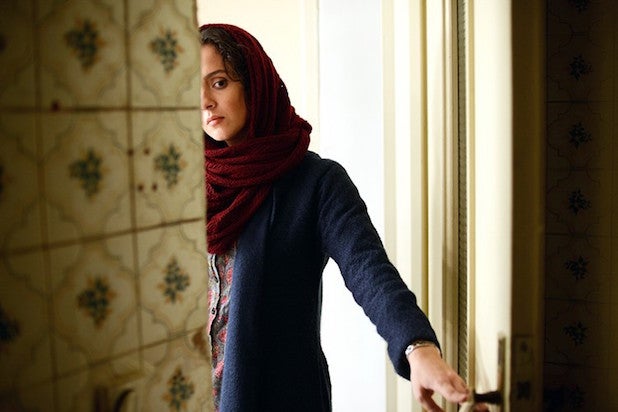 She said on Twitter she’s skipping the event “in protest” of President Trump’s promise to limit immigration from Muslim nations.

“Trump’s visa ban for Iranians is racist,” Alidootsi tweeted Thursday morning. “Whether this will include a cultural event or not, I won’t attend the #AcademyAwards 2017 in protest.”

Trump’s visa ban for Iranians is racist. Whether this will include a cultural event or not,I won’t attend the #AcademyAwards 2017 in protest pic.twitter.com/CW3EF6mupo

“The Salesman” is nominated for an Oscar for Best Foreign Language Film representing the country of Iran. It follows the story of a couple whose relationship deteriorates during their performance of Arthur Miller’s “Death of a Salesman.”

Farhadi previously won an Oscar for his 2012 film “A Separation.” Neither he nor Alidootsi’s male co-star Shahab Hosseini have responded to Alidootsi’s plan for a boycott. Though several of her followers on Twitter have added that should the film win, Alidootsi would have a platform to speak out against the visa ban.

In addition to Iran, Iraq, Libya, Somalia, Sudan, Syria and Yemen are on the shortlist of countries whose citizens are expected to be temporarily banned under the Trump administration’s new policy.

The Oscars take place on February 26 and will air on ABC.