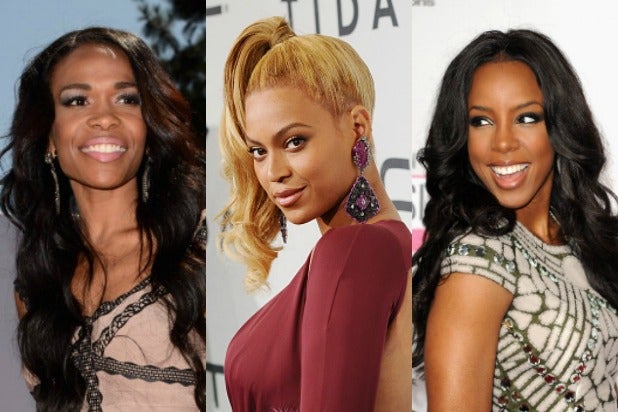 An official Destiny’s Child Instagram account has been activated and the group’s Twitter account is posting nostalgic shots of the hot trio that split in 2006, leaving fans wondering if a 20th anniversary tour is in the works for 2017.

Here are just a few of the fans who flew into a frenzy on Instagram:

Im bout sick of the shenanigans…Beyoncé pregnant and yall back together! I need this album like now! — lodashdiddy

they’re up to something!!! This page just popped out of nowhere! I thinks it’s a Christmas miracle! God is real!!  — kimberly_glam@shun_shine87

Jesus this teasing is getting tougher & tougher cc: @beautybyjoa @adonicasi. If there’s a tour we will have to get in formation as #DC  — janetoganah

please say they are coming back fml  —  elliebuckfield@zoe.kalochoritis

And here are the Destiny’s Child posts that started tongues wagging:

In 2001 #OTD '8 Days of Christmas' was released as an early holiday present for the fans. Give it a listen now-only 57 days until Christmas! pic.twitter.com/Tr8lVtAhnd 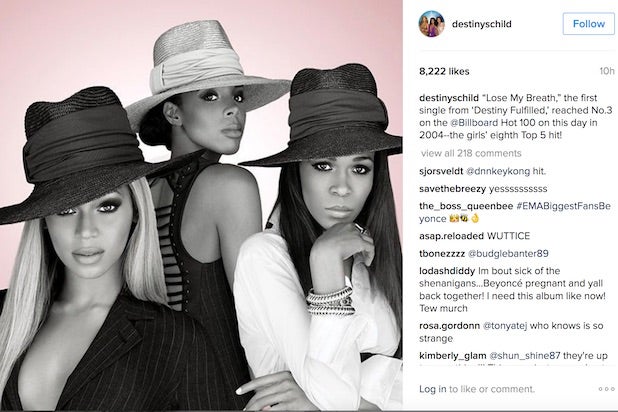 Beyoncé, Kelly Rowland and re-teamed as Destiny’s Child in Las Vegas in last year for a surprise performance of Williams’ single “Say Yes” at the Stellar Gospel Music Awards.

The trio’s seven-minute gig marked the first time they had taken the stage together publicly since the Super Bowl in 2013.