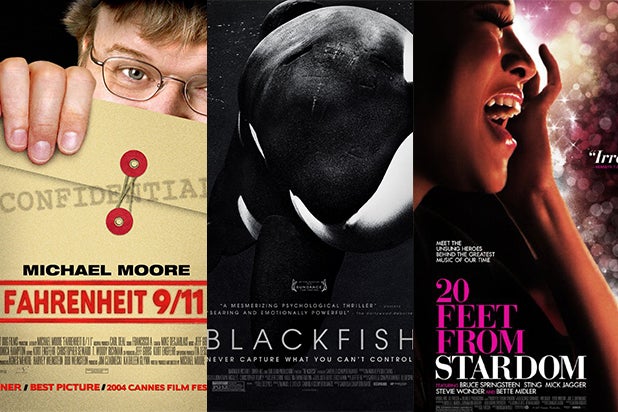 Thanks to cheaper digital production equipment and a seemingly endless line of new distribution options, documentary filmmakers are experiencing boom times. But who’s getting the bucks from this bang?

“An individual can pretty easily and cheaply put their film online; whether anyone sees or finds it is another matter,” Michael Lumpkin, executive director of the International Documentary Association, told TheWrap. “There have been a constant parade of new platforms to watch movies online. But I think for filmmakers, not enough of those opportunities are actually financial opportunities.”

Lumpkin noted that his organization has seen a continual uptick in the number of documentaries submitted for awards consideration, which is their best measurement of the number of films that come out in the genre each year.

Joe Berlinger, the Emmy-winning director of the HBO-produced “Paradise Lost” trilogy of docs about the West Memphis Three, has spent two decades making hard-hitting  films that have largely focused on the flaws of the American legal system.

Berlinger’s new movie, “Whitey: The United States v James J. Bulger,” premiered at Sundance and hit theaters last Friday. The absorbing film about the infamous Boston gangster made $14,000 on three screens for an average of $4667 per screen — and was the top doc on iTunes, a sign of the changing times.

“On the one hand, there are many more opportunities for non-fiction filmmaking, but in some ways, there’s less opportunities to do the kind of thoughtful, long-form theatrical docs that I grew up making,” he told TheWrap. “There are many more distribution platforms — SVOD, VOD, Hulu, Amazon — but a lot of those platforms don’t pay for the movies.”

It’s also worth noting that a version of the movie will also air on CNN later this year, as the network helped produce and finance the film. The cable giant has come on strong as a producer of longform documentaries — it aired the buzzy anti-Seaworld doc “Blackfish” last year — but it’s one of just a handful of outlets that are paying for that kind of original content.

HBO just established a Monday night documentary slot, Netflix has also gotten into the documentary-making game and Epix continues to up its order of original docs as well. But other major online outlets like Hulu and Amazon are acting mostly as distributors of already-finished films, smartly taking advantage of the new normal of overflowing content — and a lack of options for theatrical distribution.

“I think theatrical docs and the two-hour serious, cinematic, artistic non-fiction feature films — the kind I’ve made, that Michael Moore has made — aren’t as easy to release and have a theatrical life, and you can’t snap your finger on those films the way you would think,” Berlinger said, noting that he’s seen the budgets for documentaries shrink as producers are more wary of their box office fate.

“Generally speaking, Hollywood is about the $200 million blockbuster, effects-driven comic book kind of movies,” he added, “and I think unfortunately, audiences have come to expect that kind of movie when they go spend $15, get a date and babysitter, and spend a night out at the movies.”

To wit: “Whitey” came out the same weekend as Michael Bay‘s new “Transformers” film, which made $100 million in its opening weekend.

Documentaries just don’t have that kind of pull right now at the box office, squeezed by the blockbusters and at-home options. Whereas in the middle of the last decade, Michael Moore‘s “Fahrenheit 9/11” made $117 million and “March of the Penguins” took in $77 million at the domestic box office, the highest-earning non-music (read: non-One Direction or Justin Bieber) doc last year, “20 Feet From Stardom” is crawling toward $5 million, in part because it was also available on VOD from an early stage.

Another doc out this weekend, about late Internet pioneer Aaron Swartz, is also being released on major VOD channels. Getting distribution doesn’t mean that filmmakers and financiers recoup their costs, of course, and most distributors don’t release their VOD numbers either, making it hard to know just how successful these films become.

In terms of box office numbers, the difference over time is startling (and the following infograph is inflation-adjusted):

This year, Disneynature’s “Bears” has made $17 million, but that’s part of a franchise from a major distributor.

On the other side of the coin, the reality show — documentary’s younger sibling — is thriving both financially and production-wise, with nascent cable channels scooping up endless series about pawnbrokers and extreme truckers. Channels like Oprah’s OWN try to give a serious examination of celebrity, following in the footsteps of E! and Bravo, which have been “documenting” the lives of the pseudo-famous for years.

Berlinger, in fact, has worked on OWN’s “Master Class” series.

Lumpkin says that the IDA is still unsure whether those sorts of projects fall under his group’s purview.

“That’s something the org has been wrestling with, dealing with, looking at and considering for many years,” he admitted. “What we know is true is that there’s a lot of crossover — our members make traditional documentaries, many of them work in other areas, they make commercials, they work in ‘reality’ and some do fiction work to make a living and pay the rent.

“So we encourage the exploration of that form, or things called reality that are different than doc,” he added. “The thing we can do to be productive is have an understanding of what those works are and how they’re made. A reality show and doc, you’re often doing the same thing. You’re telling a story and finding characters.”

Still, following Lindsay Lohan or craft brewers doesn’t have the same impact as exonerating wrongly convicted murderers or probing years of alleged FBI bribery, as Berlinger does with his newest doc.

“When people talk about, ‘god there’s so many documentaries being made and so much opportunities,’ I think the artistic non-fiction feature is in decline,” Berlinger said. “I think more and more documentaries are being made, in part because there’s a lot more television outlets, but also because I think the democratization of technology has been a blessing and a curse.”