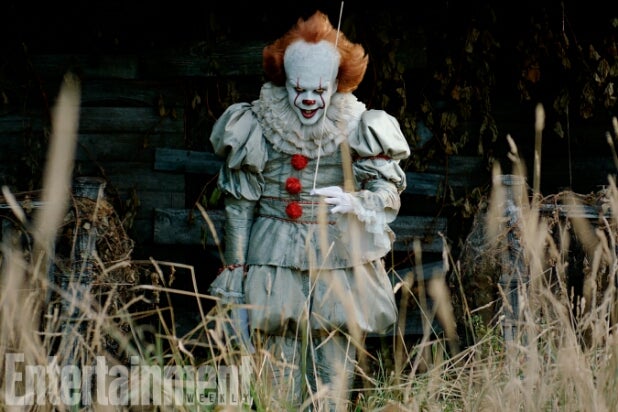 As the return of the dreaded Pennywise draws near for Warner Bros./New Line’s remake of Stephen King’s novel “It,” box office trackers are projecting a very strong opening that should continue what has been a great 2017 for horror blockbusters.

Trackers have the remake on course for a $50-55 million opening from its early September release frame.

If that range is reached, it would give “It” the record for the biggest September opening in box office history, passing the $48 million made by “Hotel Transylvania 2.”

Also Read: 'It' VR Experience Lets You Float Through the Sewers of Derry With Pennywise (Video)

But while “It” has enjoyed immense buzz since the teaser trailer first dropped back in March, there is reason to curb one’s enthusiasm. For one, “It” has an R rating, and $50 million is a threshold that almost no R-rated horror film has been able to reach. The rare film that pulled it off was “Paranormal Activity 3,” which made $52.5 million in 2011. Two PG-13 horror films, “The Village” and “Van Helsing,” also hit the $50 million mark in 2004.

But while low budget horror has produced several critical and commercial hits in recent years, none have reached this mark. Even Universal and Blumhouse’s two big PG-13 horror hits, “Get Out” and “Split,” didn’t come close to this mark in their openings, making a (still impressive) $33 million and $40 million respectively. Last week’s big horror release: “Annabelle: Creation,” came up with a $35 million opening, while its 2014 predecessor made $40 million.

If “It” manages to blow by all of these figures, it could provide a big boost not only for the September box office, but for October as well, as the strong opening could be followed with repeat viewings from audiences looking for a scare at Halloween. Even if the movie falls short, a $35-40 million opening would put in on the level of the “Annabelle” and “Conjuring” films will be a victory for WB and New Line.

“It” tells the story of seven children in the small town of Derry, Maine, who are hunted by the titular creature who hides in the town’s sewers and takes the form of an insidious clown named Pennywise to terrorize the children.

Played by Tim Curry in the famous 1990 miniseries, Pennywise is played in the new film by Bill Skarsgard, with Jaeden Lieberher (“Midnight Special”) and Finn Wolfhard (“Stranger Things”) leading the cast of kids trying to stop the evil threat. Andrés Muschietti is directing from a screenplay by Chase Palmer, Cary Fukunaga, and Gary Dauberman.