It’s all coming down to the subterranean parking lot. We’ve now confirmed with parties close to the affair that WME co-CEO Ari Emanuel has indeed  backed out of the lease for the not-yet-completed William Morris Endeavor building on Beverly Drive.

Either that, or he is in the midst of doing so.

As we reported previously, Emanuel thought the building was too expensive, and he found a clause in the contract – the one guaranteeing exclusivity to a theatrical agency – that gave him room to wiggle out.

How so? Because William Morris Endeavor would have to share the parking lot with the Gersh Agency next door.

A breach of exclusivity? To valet the BMWs?

Tishman Construction, which is building the WME building, claims this does not violate any agency exclusivity. Emanuel is arguing otherwise.

Wonder who’ll win this one? Around town, people are talking as if it’s already over.

Meanwhile, WME would have to find new, presumably less expensive digs. My understanding is that senior brass feels the staff needs to be under one roof, whereas at the moment they’re still divided between the old William Morris and Endeavor offices.

Once you’ve crowned yourself king, it isn’t always easy to decide which is the nicest castle. Especially when the castle was commissioned by the guy you decapitated. 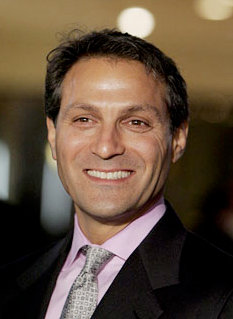 We’re hearing that WME co-CEO Ari Emanuel is trying to back out of the lease for William Morris Endeavor’s fancy new building on Beverly Drive in Beverly Hills, the one under construction by Tishman and scheduled for occupancy next year.

The six-story, 200,000 square foot luxury building at the corner of Beverly and Dayton Way (across from the new Montage Hotel) was a legacy of William Morris’s ex-CEO Jim Wiatt.

Emanuel has apparently decided that he doesn’t care for the deal that Wiatt made, and has been scrutinizing the contract looking for a loophole.

The problem? Ari is unhappy with all sorts of things. For one, the space is too expensive. For another, he is discontented over having to share valet services with 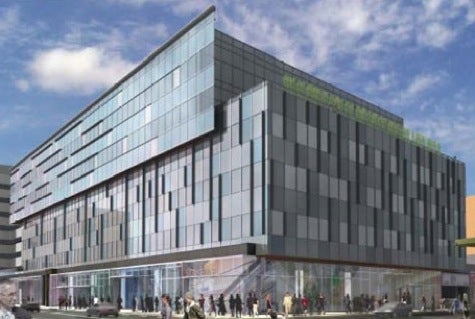 the Gersh Agency. Too "downscale," he thinks.

William Morris Endeavor did not respond to requests for comment, although one executive there did point out that Endeavor currently shares a valet.

Yes, but that was then. After all, a man’s office is his castle, at least in Hollywood.

The merged agency was meant to be moving into the new digs in the spring.

“Tishman Construction is serving as Construction Manager for the construction of the William Morris Endeavor’s headquarters. The site is located at the corner of Beverly Drive and Dayton Way Drive in the heart of Beverly Hills. The building will be comprised of six above-grade stories, four below-grade stories and a subterranean parking area.”