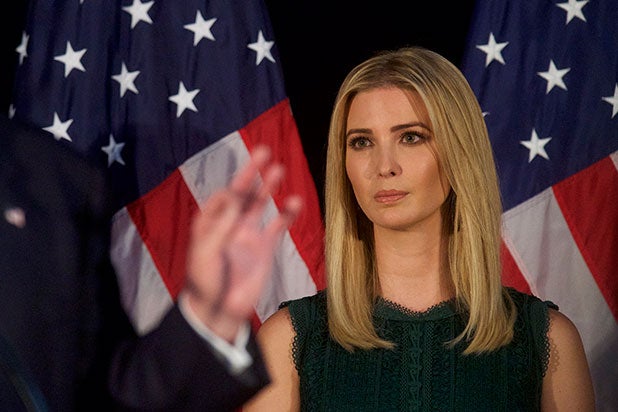 Donald Trump’s daughter Ivanka has finally spoken out about her father’s lewd remarks in a leaked 2005 “Access Hollywood” video, calling the comments “inappropriate” and “offensive.”

“My father’s comments were clearly inappropriate and offensive and I’m glad that he acknowledged this fact with an immediate apology to my family and the American people,” Ivanka Trump said in a statement to Fast Company.

Earlier this month, leaked audio from a 2005 conversation with then-“Access Hollywood” personality Billy Bush revealed Trump bragging that, when you’re famous, women will let you do whatever you want.

Bush also apologized for the comments in a statement. “Obviously I’m embarrassed and ashamed. It’s no excuse, but this happened eleven years ago – I was younger, less mature, and acted foolishly in playing along. I’m very sorry,” he said.

Bush has since parted ways with NBC’s “Today” show, where he worked when the tape came to light.

Since the video, several women have come forward to say Trump groped or kissed them against their will. Trump has denied all of the accusations.

Trump’s wife, Melania, said on Monday that while Trump’s language in the video “was inappropriate” and “not acceptable,” the incident was “boy talk and [Trump] was led on — like, egged on — from the host to say dirty and bad stuff.”