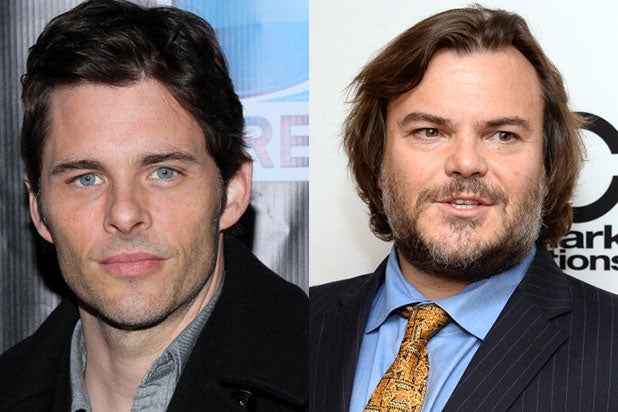 Imagine “Get Him to the Greek” if the rock concert was a high school reunion and you have “The D-Train” a comedy that will pair Jack Black with his fellow “Anchorman” franchise alum James Marsden, an individual familiar with the project has told TheWrap.

“Yes Man” screenwriters Jarrad Paul and Andrew Mogel will make their directorial debuts with the movie, which Black is producing through his Electric Dynamite banner along with Mike White‘s RipCord Productions and Ealing Studios.

Black will play the chairman of his high school reunion committee chairman who must do whatever it takes to get the most popular guy from high school (Marsden) to show up to their 20-year reunion, including flying to Los Angeles, where the one-time BMOC is now a failed actor working in commercials.

White, who wrote Black’s hit comedy “School of Rock,” will co-star as Black’s only friend in high school, while “The Descendants” screenwriter Nat Faxon is also in talks for a supporting role.

Also Read: James Marsden in Talks to Replace Paul Walker in Nicholas Sparks’ ‘The Best of Me’

UTA and WME are co-repping domestic rights for the low-budget movie, which will start production later this month in New Orleans.