According to the BHPD, the police communications center received a phone call shortly before 2:30 a.m. PT regarding a shooting that had just occurred on the 1100 block of Maytor Place. Police units arrived and discovered a victim with a gunshot wound. The suspect or suspects were no longer on the scene. Beverly Hills Fire Department paramedics transported the victim to a local hospital, where she was pronounced dead. 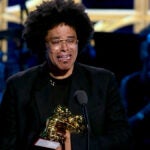 Avant has been a prominent Los Angeles philanthropist for decades, supporting causes like the UCLA International Student Center and Neighbors of Watts.

Her husband, music-business executive Clarence Avant, is widely regarded as the “Godfather of Black Music” for helping to launch and sustain the careers of a long list of luminaries, including Quincy Jones, Bill Withers and athletes like Muhammad Ali and Hank Aaron.

Nicole Avant, a former U.S. ambassador to the Bahamas and an active fundraiser for Democratic candidates, produced a 2019 Netflix documentary about her father, “The Black Godfather.”

In October, Clarence Avant was inducted into the Rock ‘n’ Roll Hall of Fame, with video tributes from Barack Obama and Vice President Kamala Harris during the induction ceremony.