More than a week after the sudden death of Michael Jackson, a clearer picture has emerged of the singer’s complicated and notoriously debt-ridden financial status.

Here’s what we know: Jackson’s death has already vastly improved his financial prospects, or rather, those of his children.

And the tangled financial mess in which he’d been mired will be sorted through by lawyers over the next months and, more likely, years. Sony/ATV will emerge as a big winner, as will AEG Live.

The frenzy of media coverage that followed Jackson’s death has led to all manner of misinformation about the performer’s finances. Granted, it’s complicated, and yes Jackson had defaulted on debts in recent years. 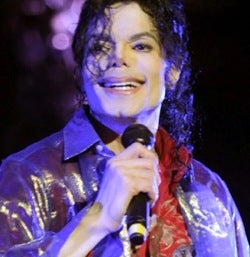 But his death has changed a lot of things: The performer’s album and digital sales have been record-breaking in the past week alone, and his final performance will be an instant best-seller in multiple formats for years to come.

In addition, Neverland is a potential cash cow, and the singer’s estate owns his master recordings.

And that’s just the start.

“What about a Broadway show? What about a movie?” asked Charles Koppelman, Jackson’s former music manager and financial adviser. “The unfortunate timing of Michael’s death gives his children and his family the opportunity to hold on to his financial and business legacy.”

TheWrap has learned that Jackson has been taking in about $7 million a year in revenue from the Sony/ATV catalogue, according to a knowledgeable music executive. 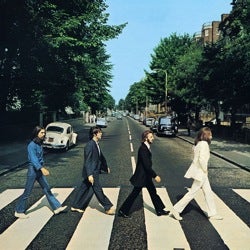 The catalogue is a vast trove of music including 250 of the Beatles’ most popular songs. Sony has been garnshing the rest of the revenue in a deal struck in 2007 in which the company agreed to service Jackson’s debts.

He also made between $5 and $10 million per year off his own music from his ownership of the MiJack catalogue. At the time, that was nowhere near enough to keep Jackson out of debt and in the lifestyle to which he’d become accustomed.

But all that has changed. Jackson is no longer present to spend cash he doesn’t have. His assets “will earn double what it was earning,” said Koppelman. “There is a real opportunity to restructure (his debt) and get things wound down so they can keep all those assets.”

Last week the New York Times could make only this general conclusion after analyzing the landscape: “No one really knows what is going on.”

By this week, plenty of people know. TheWrap breaks it down.

Who’s in charge?
John Branca, the music attorney, is named along with two other associates as the executors of Jackson’s estate in the only known will to emerge signed in 2002. He was brought back into Jackson’s circle just one week before the performer’s death.

The mysterious Dr. Tohme Tohme, a Lebanese advertising entrepreneur, was banished from Jackson’s inner circle a couple of months ago.

What are the assets?

Michael Jackson co-owns the Sony/ATV song catalogue, an asset estimated at $2 billion that includes not just Beatles songs but some 750,000 other song titles.

Sony now has the right to buy Jackson’s half of the catalogue. The company prefers not to do so at the moment.

He also owns the valuable MiJack catalogue of his own music, which includes artists rights and rights to his master recordings.

Jackson owns an unknown minority stake in Neverland with Colony Capital,  whose chief Thomas Barrack stepped in last year to stave off foreclosure and auction by buying it for $22 million. (See: Five Big Questions Answered) 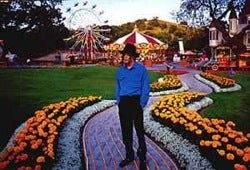 As for Neverland, the 260-acre ranch that Jackson very nearly lost last year. Now it stands as a tantalizing source of revenue, if it were to be turned into a West Coast version of Graceland. As TheWrap explained last week, there are numerous hurdles to doing so. But it would provide another permanent source of revenue to Jackson’s children, if it were to come to pass.

Close to $100 million in tickets were sold for the 02 concert series in London.  A large number of fans have said they do not want a refund, they would rather keep the ticket. Jackson would keep the lion’s share of these profits.

Jackson would also get revenues from any DVD, CD or digital download of his last performances and preparation for his last concert tour.

What does Michael Jackson owe?

Jackson is believed to owe more than $500 million in loans. He had a $270 million loan from Bank of America secured against his publishing assets, which transferred to Fortress Investments. The Sony renegotiation gave him an additional $300 million loan to live from.

The Sony/ATV catalogue produces about $500 million in revenue per year. Half of that goes to the artists. The rest of the revenue was once shared between Jackson and Sony.

But when Sony stepped in to save Jackson from defaulting on a  loan in 2007, they renegotiated terms. Now Sony has the right to buy Jackson’s portion of the catalogue. “Sony is in a very advantageous position right now,” said one knowledgeable music executive.