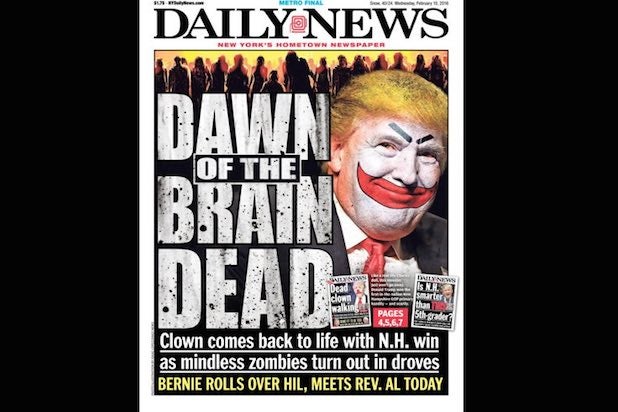 Should news outlets call out candidates they think are racist and xenophobic? Or just report the news? CNN’s Jake Tapper stirred up debate on the subject when he told TheWrap that recent headlines mocking Trump and his supporters were “the very height of elitism.”

Tapper told TheWrap those “are business decisions that they are making, not journalistic decisions” adding, “journalistically to attack people who support a candidate is the very height of elitism.”

to be precise, what i thought was the height of elitism was the headline mocking the people who voted for Trump

The ensuing responses were polarized. Some agreed with Tapper, while others said there was nothing wrong with news headlines that criticize Trump.

@jaketapper it's ok to make mock ppl who think banning a whole religion is sensible policy. You don't think so?

@jaketapper Some folks can't interpret the difference between endorsement and commentary I believe.

@jaketapper Indeed it was. The people of NH are some of the finest our country has. This will backfire on the media BIG time.

@jaketapper why is it that #leftwing #libtards are pro choice only when they like your choice? #hypocrite #MakeAmericaGreatAgain

@jaketapper especially when you take into account the wide demographics he covered and won in. Big mistake to underestimate his support.

@jaketapper Ok Jake, you have earned my respect. I agree. Knocking voters of any party is risky and alienates citizens. Good work sir

@jaketapper perhaps it is elitism…but those headlines echo the sentiment of a lot of regular folks too. Interesting perspective.

@jaketapper I am liking you more and more.

@jaketapper Spend any amount of time reading Trumpkins tweets and you won't feel so bad. They're grotesque.

@jaketapper Have you seen those crowds? They are infinitely mockable and sad.