"Avatar’s" release date creeps ever closer and I can’t wait.

I can’t wait to see the box office returns, that is. The movie I can take or leave. I’ll probably see it the week after opening. As long as nothing else interesting is playing nearby.

And apparently I’m not alone. Trolling the internet discussion boards, the mood of the sci-fi fan-verse is decidedly lukewarm. IO9 even recently posted new footage under the title “Does This Change Your Opinion of ‘Avatar’?” Among sci-fi fans I know and have talked to, the mood is outright hostile. 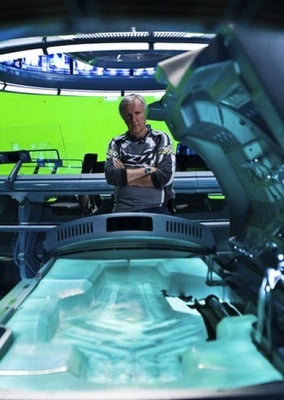 What’s happening? How can something that has millions in PR dollars behind it be getting so little traction with its core audience?

But if you look at the career trajectory of one James Cameron, this sudden and violent backlash is easy to understand because he is a Rock Star. And this happens to Rock Stars all the time.

(As a side note, I admit I’m biased against "Avatar." I think Hollywood’s business model of sinking all its eggs into a few bloated "Avatar"-like productions is insanity. It’s the same strategy that doomed the auto industry. Instead of going for fuel efficiency and affordability, Detroit bet everything on Hummers and SUVs. Look where that got them!)

So how is James Cameron like a Rock Star? A Rock Star starts out with zero money, just a few cheap instruments, a garage and a ton of sweat. He makes a few mistakes, but when he finally bursts on the scene, he’s raw and full of energy and, if he has actual talent, he will change the landscape.

James Cameron rewrote the rules for sci-fi films with "Terminator" and "Aliens." He wasn’t the first to combine gritty shoot-‘em-ups with science fiction, but he was the best at the time. He spawned a sea of imitators, and even today even sci-fi projects like "Star Trek" have at least a little James Cameron in their DNA.

But the Rock Star doesn’t stay in the garage. As soon as he starts making it big, he starts funneling that money into the act. Spare arrangements and crowded clubs give way to gigantic stadium shows and full orchestra backing. He’s still rocking out as hard as he can, but he’s spending millions to deliver the same thrill he used to produce for pennies. "The Abyss," "True Lies" and "Terminator 2: Judgment Day" are all good films ("T2" is a great one). But were they 10 or a 100 times better than "Aliens" or the original "Terminator"? Hell to the no.

Then the Rock Star starts to crave the really big audience and that stupid award statue the establishment has been denying him all this time. It is the point of sell-out. The formerly hard-core rocker puts out a love ballad designed to conquer the airwaves.

James Cameron making "Titanic" is the exact same thing as Foreigner doing “I Want to Know What Love Is.” They were both ginormous hits that had everyone swooning. Everyone, that is, except those who’d been following the Rock Star since the garage days.

So what happens after the sell-out phase? Nothing good. Foreigner was lucky in that they broke up soon after "I Want to Know." James Cameron can’t break up with himself.

For a while there it looked like he was going to do the smart thing and ride off into the sunset. But no, he’s entered the Comeback Phase.

Most Rock Stars muck up their comeback phase because they don’t realize they have to win back their core audience. They’re no longer dangerous and cool to like anymore. They’re the establishment. And without that core, comebacks almost always fail.

Can Cameron pull off a successful comeback? I don’t know. I’m not God. I have heard the rumor that "Avatar" will close with a pop single, same as "Titanic." Maybe he should ask Foreigner to write something.