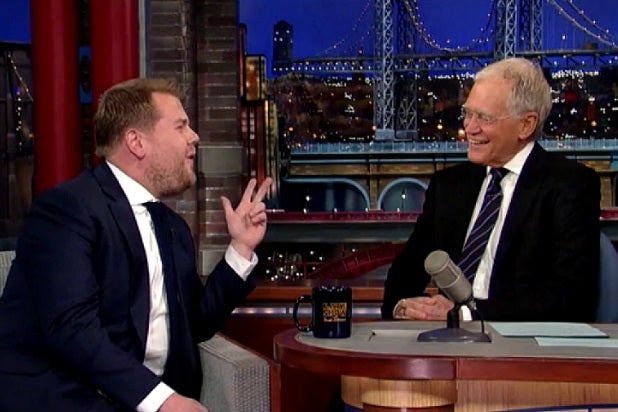 James Corden might have received CBS’s blessing to take Craig Ferguson‘s place on “The Late Late Show.” But his father’s blessing? That’s another story.

British performer Corden — who takes the reins of “The Late Late Show” on March 9, drops in on “The Late Show With David Letterman” on Friday to discuss his new hosting gig — and his father’s reaction to the news.

Also read: James Corden to Guest on ‘The Late Show With David Letterman’

To hear Corden tell the story, his dad didn’t exactly give him a resounding thumbs-up.

“[He] was asking about the show, and I was telling him about it, and I was saying that it’s after your show, which he couldn’t believe, and then he said, ‘Well, what time is it on?'” Corden tells Letterman. “And I told him it was on at 12:30, and his whole face just dropped … He couldn’t even comprehend that anyone would even be watching television at 12:30, let alone making television that would be on.”

Eventually, Corden Sr. admitted his feelings of the timeslot to his son.