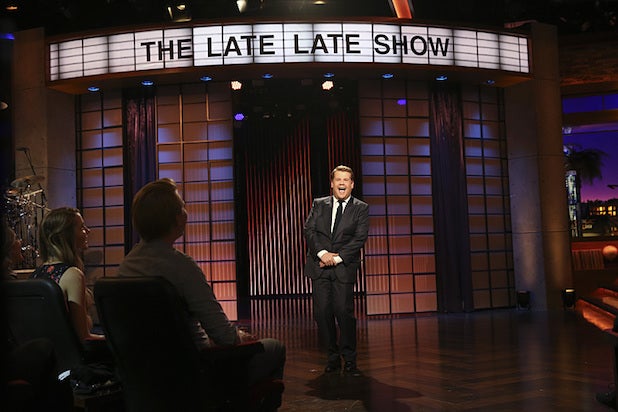 James Corden is off to a solid start with critics as the host of the “Late Late Show” on CBS.

After premiering Monday night, most media agreed that Corden turned in a funny, affable and respectable performance, though there is definitely room for improvement.

“[As] debuts go, his was very good,” TheWrap‘s Diane Gordon wrote in her review. “Following in the feel-good footsteps of Jimmy Fallon, Corden promised to try to put a smile on viewers’ faces as they went to sleep. He made good on this promise during his first hour hosting the show.”

Jonathan Bernstein of The Telegraph found Corden to be at least “adequately entertaining.”

“The onus on Corden is only to be adequately entertaining and produce a few clips with the potential to go viral the following morning,” Bernstein wrote. “This debut episode took a reasonable shot at achieving both of these objectives with the additional goal of introducing a largely unknown host to a potential new audience.”

“What was truly revolutionary about Corden’s first night on the job was his heartfelt sincerity. A joke about the audience seeing him for the first time and thinking, ‘Oh, look, Andy Richter got his own show,’ was the only gag in the opening monologue,” Thomas wrote. “He promised to do his best ‘not to let anyone down,’ and told his predecessor Craig Ferguson it was ‘an honor’ to follow in his footsteps.”

David Hinckley from the New York Daily News said, “ easygoing manner fit well with his low-key banter, built more on everyday conversation than show biz flash.” Hinckley went on to say, “Judging from his first show… Corden seems to be from the school that feels it’s better to close the day with a good glass of wine than tequila shots.

Verne Day of Newsday thinks Corden “clearly has the goods” to be a great late-night host.

“He’s also got a great honking laugh that sounds like a flock of geese passing overhead, and a declamatory interviewing style that’s a rush of words, thoughts, impressions, and observations — almost none of which appear to have any resemblance to an actual ‘question,'” Day wrote. “Most importantly, he has an obvious ability to perform bits that’ll hold up in the cold light of dawn, or more specifically on the Internet.”

“There’s definitely something Fallonized about the new ‘Late Late Show’, not necessarily in a bad way at all,” Poniewozik wrote. “To replace the dryly funny Craig Ferguson, CBS also hired a performer: a game, eager multihyphenate who can act, sing and do physical comedy. And Corden’s first hour, if not a copy of Fallon’s show, clearly looks to use his talents in the way that Fallon’s ‘Tonight’ used his.”

Note: An earlier version of this story misidentified Brian Lowry as a Boston Herald reporter. TheWrap apologizes for the error.