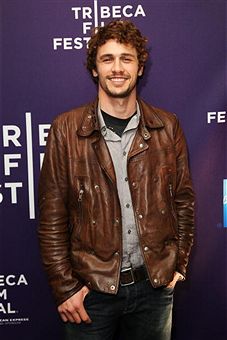 James Franco is attached to star in "Ricky Stanicky," a comedy written by Jeff Bushell about a three guys who invent a fake friend they employ when they want to get away from their spouses, reports Deadline.

After their wives insist on meeting the title character, the guys hire an actor (Franco) to play the part. As expected, hilarity ensues.

Bushell is responsible for unleashing the nightmare otherwise known as "Beverly Hills Chihuahua" on the general public. But the premise here sounds funny, and Franco ("Pineapple Express") is one of my favorite comedic actors dating back to the short-lived "Freaks and Geeks."

Summit Entertainment is in negotiations to finance the movie, which Michael De Luca is producing with Smart Entertainment’s John Jacobs, who also produced "Chihuahua." Bushell will exec produce with Smart’s Zac Unterman. Bushell’s agency, WME, is brokering the deal, according to Deadline.

Franco recently committed to reprising his role as a bad boy performance artist on the ABC daytime soap "General Hospital."

Coming off his amusing cameo in Shawn Levy’s "Date Night," he’s also set to play one of Julia Roberts’ paramours in "Eat Pray Love" and poet Allen Ginsberg in the Sundance drama "Howl," which Oscilloscope will release in September.

Meanwhile, his performance as a distressed hiker in Danny Boyle’s "127 Hours" has been gaining awards buzz around town. He’ll follow up that end-of-the-year Fox Searchlight release with another comedic turn in David Gordon Green’s "Your Highness," which Universal pushed back to next April.