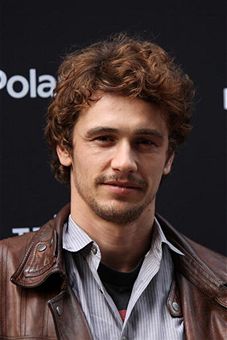 Just hours after attaching himself to the comedy "Ricky Stanicky," actor James Franco has signed on to star in 20th Century Fox’s "Planet of the Apes" prequel "Rise of the Apes," reports Variety.

Director Rupert Wyatt ("The Escapist") apparently decided to cast Franco over a number of other elite young actors after being impressed by the "Milk" star during an "amazing" meeting that took place over the weekend. Fox agreed with Wyatt’s choice, having reportedly been impressed by his dramatic turn as distressed hiked Aron Ralston in Danny Boyle’s upcoming fact-based survival drama "127 Hours."

"Rise of the Apes" is described as an origin story set in contemporary San Francisco that deals with the aftermath of man’s experiments with genetic engineering which lead to the development of intelligence in apes and an inevitable war between the two species.

Franco will play a driven scientist who becomes a crucial figure in the war between humans and apes.

While I’ve never been a big fan of the "Apes" series, Wyatt’s feature debut "The Escapist" was a pleasant surprise and I genuinely like the idea of Franco playing a brainy scientist. Let’s just hope he doesn’t take his own acting advice, as outlined on Funny or Die here, here and here.

"Rise of the Apes" will be the first film in the franchise to feature photo-realistic apes, as opposed to actors in costumes. WETA Digital ("Avatar") will handle the visual effects.

Peter Chernin and Dylan Clark will produce for Chernin Entertainment under its new deal with Fox. "Apes" screenwriters Amanda Silver and Rick Jaffa will also produce.

"Rise of the Apes" is scheduled to begin filming July 5 and will invade theaters on June 24, 2011. That’s three weeks after Fox’s other summer tentpole, Matthew Vaughn’s "X-Men: First Class."