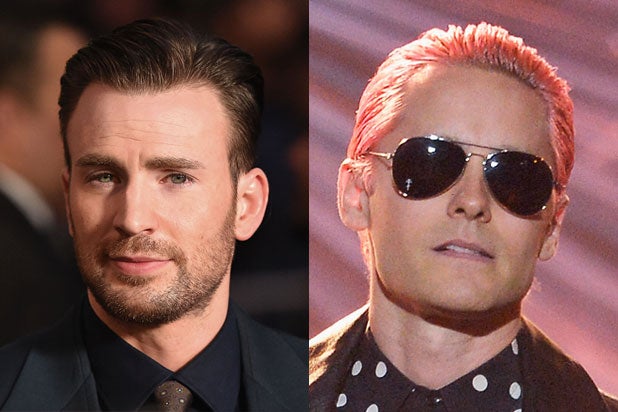 Comic book movie stars Chris Evans and Jared Leto are being sought to play the male leads in “The Girl on the Train” at DreamWorks, TheWrap has learned.

Both actors would have to overcome major scheduling obstacles, but if their deals make, Evans would play Ferguson’s husband, Tom, while Leto would play Bennett’s husband, Scott.

Blunt stars as Rachel, who fantasizes during her daily commute about the seemingly perfect couple who live in a house that her train passes every day, until she sees something shocking happen there one morning and becomes entangled in the mystery that unfolds.

Ferguson will play Anna, who is married to Rachel’s ex-husband (Evans). Bennett will play Megan, a married neighbor who goes missing.

Erin Cressida Wilson wrote the script for the film, which is being produced by Marc Platt. Executive producers include Jared LeBoff and Celia Costas.

Leto will soon be seen as the Joker in “Suicide Squad,” while Evans will reprise his titular role in “Captain America: Civil War.”