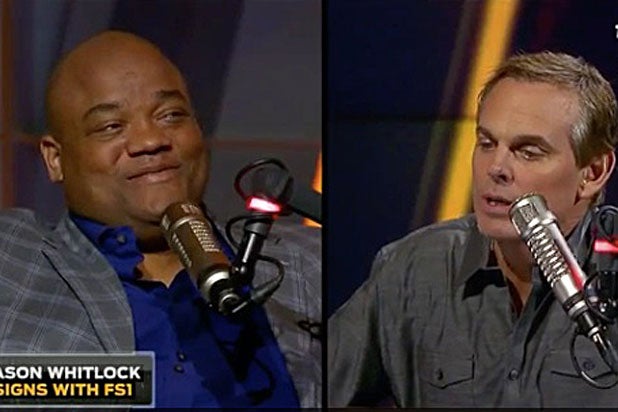 Former ESPN personalities Jason Whitlock and Colin Cowherd will attempt to replicate one of their former network’s top programs on their new network, Fox Sports 1.

FS1 is launching a new debate show with a working title of “Speak for Yourself,” according to Sports Business Daily. The show is expected to be very similar to ESPN’s “Pardon the Interruption,” commonly referred to as “PTI,” which is ESPN’s highest-rated program outside of live sporting events.

Whitlock was a regular fill-in host on “PTI” during his ESPN days, while Cowherd seems like a natural fit for a debate-style show. The new program is expected to air Monday-Friday afternoon and FS1 execs are reportedly hoping it can anchor a new afternoon block of programming.