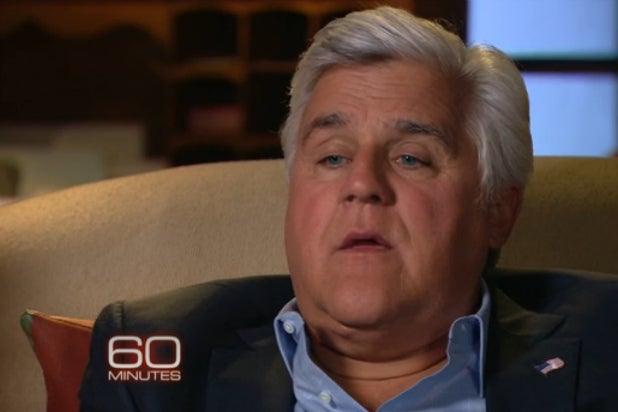 Jay Leno speaks to “60 Minutes” Steve Kroft about his previous “Tonight Show” ousting and his pending exit on Feb. 6, during a pre-taped interview airing Sunday.

The CBS news magazine program has released a teaser, where Leno compares his 2009 replacement to being dumped by a girlfriend.

In the interview, Leno also expressed sadness for his bad guy portrayal when NBC yanked replacement Conan O’Brien from the show following a ratings drop.

“I didn’t quite understand that, but I never chose to answer any of those things or make fun of any other people involved,” he tells Kroft.  “It’s not my way.”

As for Fallon, who takes over “The Tonight Show” on Feb. 17, Leno had nothing but nice things to say — though he admits that it probably wasn’t quite yet retirement time: “It’s not my decision and I think I probably would have stayed if we didn’t have an extremely qualified, young guy ready to jump in. [Jimmy Fallon] is probably more like a young Johnny [Carson] than almost anybody since. And he’s really good. So you go with the new guy. Makes perfect sense to me.”

Asked if he would have preferred a few more years at the helm of the iconic late night program, Leno said, “Well, it’s always nice to keep working. Sure it is … But am I extremely grateful. Yeah.”