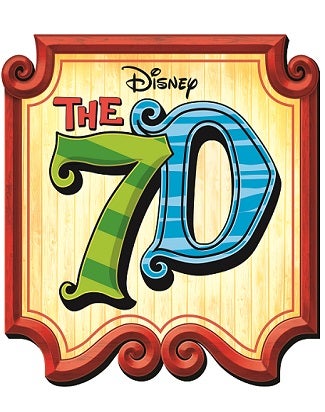 Jay Leno has landed another gig following his departure from “The Tonight Show.”

Leno and “The View” co-host Whoopi Goldberg have joined the voice cast of “The 7D,” Disney’s comedic, contemporary take on “The Seven Dwarfs.”

The series will premiere July 7 at 10 a.m. on Disney XD, with debuts on Disney Channel and Disney Junior to take place later this year.

The series, set in the contemporary storybook world of Jollywood, follows Happy, Bashful, Sleepy, Sneezy, Dopey, Grumpy and Doc as they work together to maintain order in the kingdom.

Standing in their way are Grim and Hildy Gloom, a novice warlock and witch couple, who haplessly plot to dethrone the Queen and take over Jollywood.

Prior to the July 7 premiere, DisneyXD.com/7D will launch a game where players can construct their own mine cart ride through the 7D’s mine. The premiere episode will be made available as a free preview on iTunes on June 23.

The series’ trailer will premiere Sunday during the Radio Disney Music Awards, which will air on Disney Channel. Osbourne will serve as a presenter on the awards ceremony.

Watch a preview video of “The 7D” below.