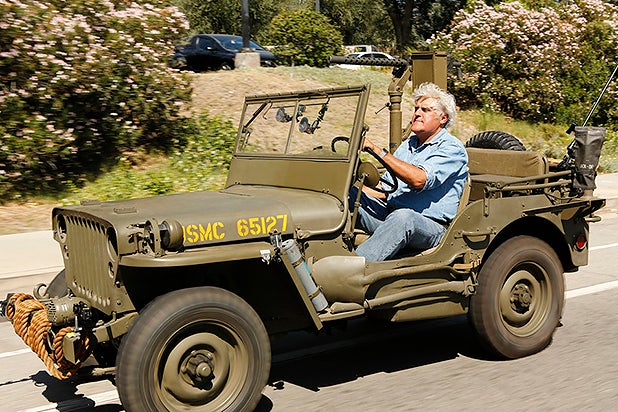 The series premiere of “Jay Leno‘s Garage” was CNBC’s most watched original series telecast in its history, but the numbers are down significantly in its second week.

The sophomore episode of the reality show starring the former “Tonight Show” host drew an average of 689,000 total viewers and 247,000 in the coveted adults 25-54 demo.

Each one-hour themed episode features a mix of stunts, challenges, reviews, and celebrity interviews that showcases the colorful history of the automobile.

CNBC recently posted its seventh consecutive quarter of year-over-year growth in the demo. In third quarter, CNBC’s average audience among the demo grew by 48 percent year over year.

The show is produced by Original Productions, a FremantleMedia Company, and Big Dog Productions for CNBC. Leno is the executive producer.