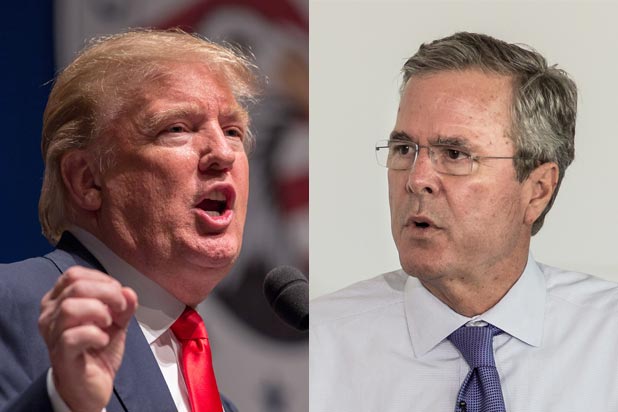 Jeb Bush has been criticized for not showing enough passion on the campaign trail, but Donald Trump has been stoking the Republican presidential candidate’s fire behind the scenes.

Politico reported on Thursday that the former Florida Governor was thrown off by Trump’s entry into the race, but initially decided to let the Donald do his own thing.

That changed when Trump started attacking Bush, going as far as to repost a tweet that said Bush only likes Mexicans because his wife is Mexican American.

“Seriously, what’s this guy’s problem?” Bush asked a party donor, according to Politico. He also described Trump as “buffoon,” “clown” and “asshole.”

Bush has stayed mostly above the fray during his campaign, raking in over $100 million in fundraising and not responding to most of Trump’s jabs. But he’s also produced several gaffes along the way ranging from stumbling on an answer about whether America should have invaded Iraq to an awkward comment this week about how much he loves his father.

On Thursday night, viewers can get their popcorn ready as Bush and Trump will be standing side by side on the Fox News debate stage.