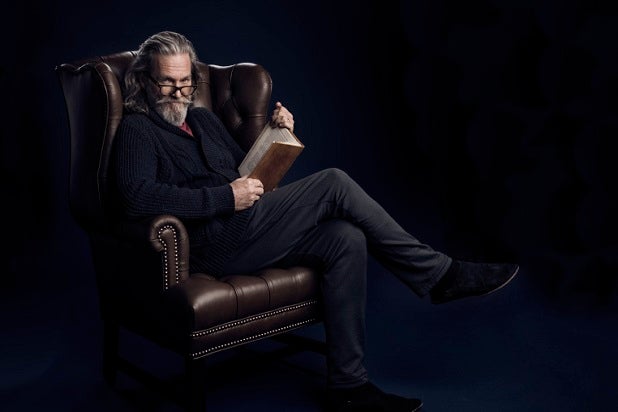 How would you like to take a nap with Jeff Bridges?

“The Big Lebowski” star is teaming up with website publishing platform Squarespace for a Super Bowl spot that just might put you to sleep. In fact, that’s the whole point of it.

In the ad, the actor will present “Jeff Bridges Sleeping Tapes,” which is described as “a unique album of relaxing sounds, guided meditations and stories designed to put you to sleep.”

The tracks, which were created and recorded by Bridges, are available on his Squarespace website DreamingWithJeff.com on a “pay what you like” basis, and will be available in limited-run cassette and vinyl releases following the premiere of the ad.

“Sleeping Tapes” is being produced for a good cause — yes, even beyond promoting a solid night’s sleep. The full retail price of each album sold, aside from shipping and service fees, will go to Share Our Strength’s No Kid Hungry campaign, which is dedicated to providing healthy food to kids.

“Making DreamingWithJeff.com has been a great experience. I got the chance to work with friends old and new to make something pretty special,” Bridges said of the project. “I was able to take the seed of an idea, make it my own, and then see it come to life in such a beautiful way. That’s what Squarespace does. I love the work we’ve done, and I’m proud that will benefit the No Kid Hungry campaign, a cause I believe in so deeply.”

See video: ‘The Giver’ Star Jeff Bridges Will Not Run for Senate Despite Facebook Outcry

“We wanted to create a campaign to illustrate that any idea, no matter how wild or weird, can be presented beautifully and meaningfully through Squarespace,” the company’s founder and CEO Anthony Casalena said. “Instead of being built around an ad, our campaign is built around a real project on our platform.”

The campaign was created and produced by Wieden+Kennedy New York.

The spot is directed by Tim Godsall and will premiere during the first half of the Super Bowl. In the meantime, watch a preview clip.