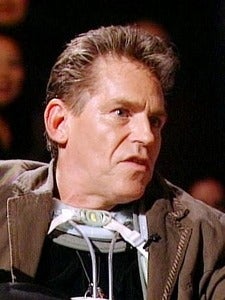 Jeff Conaway, star of "Taxi" and "Grease," as well as a patient on VH1’s "Celebrity Rehab," has suffered a serious fall down the stairs in his California home, TMZ reports.

As a result of the accident, the star suffered a broken hip, a broken arm, a fractured neck and a brain hemorrhage, his girlfriend Vikki Lizzi told the entertainment website. Lizzi described the injuries as "devastating."

The actor will undergo surgery on his broken hip.

Lizzi and "Celebrity Rehab" host Dr. Drew Pinsky could not be reached for comment.

On her Facebook page this afternoon Lizzi wrote: "Thank you everyone for all your prayers. Jeff is in the hospital and needs prayers and lots of love sent his way!"

Conaway has battled addictions to cocaine, alcohol, and prescription drugs for years. He also suffered from back injuries that left him dependent on painkillers and frequently wheel chair bound. In all, Conaway appeared on "Celebrity Rehab" for two seasons, leaving the show during his second stint after kicking Lizzi during an argument. After leaving the facility, Conaway was seeing on camera continuing to abuse drugs.

Last August, however, Conaway told Entertainment Tonight that he was sober. Lizzi has also struggled with addiction and their relationship has been described as co-dependent.