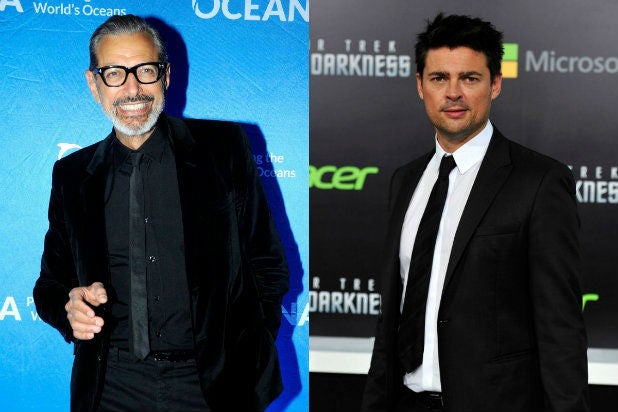 “The continuation of the epic Thor franchise will be powerful and unique, and with the additions of Cate, Jeff, Tessa, Karl, and Mark to the cast we have the makings of his most dangerous and heroic adventure yet,” producer Kevin Feige said in a statement. “The sheer, raw talent each of these actors brings to the screen can’t be quantified. Having any one of them join the Marvel Cinematic Universe would be an honor, and having all of them is incredible.”

“Thor: Ragnarok” is the third installment in the standalone franchise and is directed by Taika Waititi. Feige will produce, while Louis D’Esposito, Brad Winderbaum, Victoria Alonso, Thomas M. Hammel and Stan Lee will executive produce.

The film is slated to start production this summer after Thompson wraps Alex Garland‘s “Annihilation” for Paramount. Disney will release “Thor: Ragnarok” on Nov. 3, 2017.

Goldblum’s most recent credits include “Unbreakable Kimmy Schmidt,” “Portlandia,” “Mortdecai” and “The Grand Budapest Hotel.” He will next star in “Independence Day: Resurgence.”

Urban just completed “Pete’s Dragon” and will next star in “Star Trek Beyond.” His other credits include “The Bourne Supremacy” and “The Lord of the Rings: The Return of the King.”

Goldblum is represented by ICM, Industry Entertainment and Shelter PR. Urban is repped by UTA and McKuin Frankel Whitehead LLP.