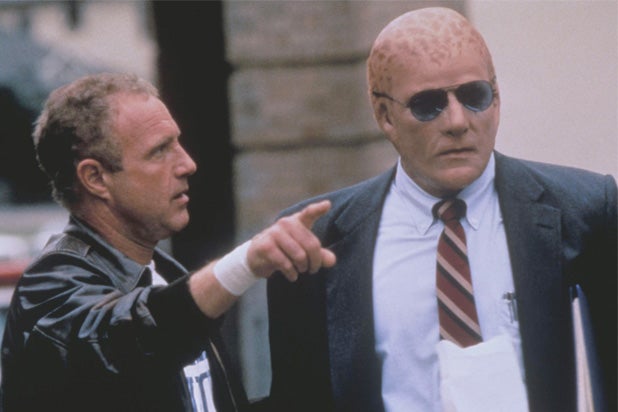 Jeff Nichols, director of the awards-season contender “Loving,” is signing a deal with 20th Century Fox to write and direct a new big-screen version of “Alien Nation,” an individual with knowledge of the project told TheWrap.

The original 1988 science fiction thriller starred James Caan as a racist cop who is forced to team up with an alien (played by Mandy Patinkin). Graham Baker directed. The film has mediocre reviews on Rotten Tomatoes, holding a score of 54 percent, but it also spawned a one-season Fox TV series in 1989-90.

Nichols will screen his civil rights drama “Loving” at the Toronto International Film Festival this weekend. It debuted at Cannes Film Festival and stars Ruth Negga and Joel Edgerton as a married couple in 1950s Virginia who were thrown in jail because interracial marriage was illegal in the state.

The film was acquired by Focus Features. It has received stellar reviews — “Loving” holds a score of 91 percent on Rotten Tomatoes.

“Loving” producers Brian Kavanaugh-Jones and Sara Green will serve as producers on “Alien Nation” as well.

Nichols’ other credits include “Take Shelter,” “Mud” and “Midnight Special.”

The latter is a sci-fi drama as well, following the story of a father and son who go on the run after the government and a cult is drawn to the kid’s special powers.

Nichols is represented by CAA and Rise Management.