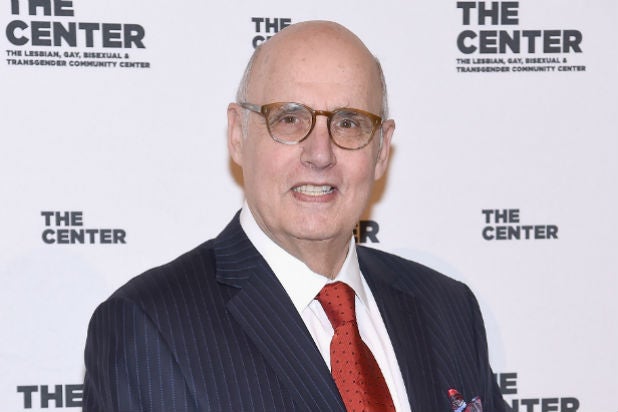 Three months after getting fired from Amazon Prime’s “Transparent,” Jeffrey Tambor has opened up about the sexual harassment accusations leveled against him, telling The Hollywood Reporter, “Lines got blurred. I was difficult. I was mean,” he said.

Tambor was fired from the show in February following accusations in November of harassing two trans women on the set, including costar Trace Lysette and his personal assistant Van Barnes. A third woman unrelated to the production later came forward, makeup artist Tamara Delbridge. In March, Barnes claimed that Tambor watched her sleep naked.

Tambor discussed in more detail his wrongdoings, thought he denied Barnes’ accusations that he acted inappropriately towards her or watched her sleep naked. “I yelled at Jill — she told me recently she was afraid of me,” continued Tambor, who added that he made one of the show’s executive producers cry. He attributed it to fear of playing a trans woman as a cisgender man.

That was a different tone than Tambor struck when he was initially fired in February, where he released a statement calling Amazon’s investigation into the accusations “deeply flawed” and that he was “disappointed in Jill Soloway’s unfair characterization of me as someone who would ever cause harm to any of my fellow cast mates.” He told THR that he and Soloway still haven’t spoken since her statement on Barnes and Lysette.

After the accusations first came out, the show’s creator Jill Soloway, initially thought of a “third way” to keep him on the show, which would only be in flashbacks to his character’s pre-transition self. After the investigation, that idea was tabled.

Also Read: Inside the Fight for 'Transparent': Jill Soloway's Turmoil Over Jeffrey Tambor

Soloway did tell The Hollywood Reporter, however, that her own opinion on the situation and Tambor had changed.

“I was hoping, in those early days, before Trace’s initial statement came out, that it all could have been a big misinterpretation — that one person’s harassment is another person’s dirty joke,” she said, before realizing that the #MeToo movement in Hollywood was too much to overcome, describing it as a “global tsunami.” “There’s nothing I could have done to stop it.”

On the accusations themselves, Soloway took a nuanced approach, drawing a difference between Tambor and other Hollywood men who were accused of sexual misconduct such as Kevin Spacey and Harvey Weinstein. “It’s not a simple case of did he do it or didn’t he do it. Nobody said he was a predator — they said he sexually harassed people. He made enemies, and I don’t think he realized he was making enemies.”

Read the full interview with Tambor and Soloway’s comments at The Hollywood Reporter.