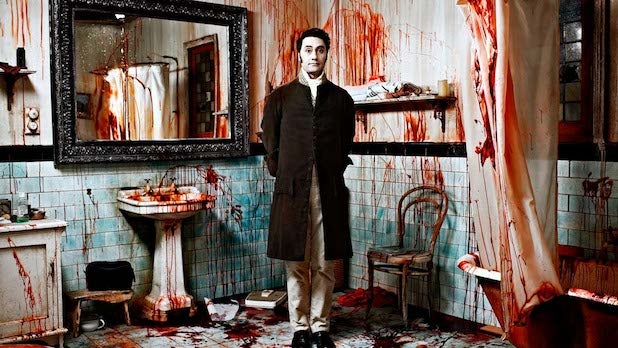 Jemaine Clement and Taika Waititi’s vampire comedy “What We Do In the Shadows” has secured U.S. distribution months after debuting at the Sundance Film Festival.

Unison Films will handle the U.S. theatrical release while The Orchard has secured U.S. digital, DVD and broadcast distribution rights to the film. The two companies are teaming with Funny or Die, which will leverage its social media and marketing reach leading up to the film’s release.

“Flight of the Conchords” star Clement and Oscar nominee Waititi wrote, directed and star in the mockumentary, which follows a trio of New Zealand vampires struggling to adapt to modern society.

Also read: Sundance: Funny or Die Boards Midnight Comedy ‘What We Do in the Shadows’

“Shadows” introduces us to vampire flatmates Vladislav (862 years old, played by Clement) Viago (379 years old, played by Waititi), Deacon (183 years old) and Petyr (8,000 years old). Stuck in their antiquated ways, they struggle to adjust to 21st century customs, like paying rent, sharing household chores and getting “expressly” invited into nightclubs. Enter 20-something hipster Nick, who Petyr turns to get an inside education on the modern world, including everything from fashion to technology.

“What We Do In the Shadows” was produced by Unison Films and Defender Films, along with Waititi, Chelsea Winstanley and Emanuel Michael. The movie will screen at the Toronto International Film Festival next week.

“We are thrilled that The Orchard found the courage to join our ‘Shadows’ team in presenting this first-of-its-kind, groundbreaking and unflinching look into the undead-lives of four vampire flatmates finding love again, death again, and the enduring strength to tolerate the stench of werewolves,” said Emanuel Michael, CEO of Unison Films.

“We are so excited that we are teaming with The Orchard and Funny Or Die to present one of the most important vampire documentaries of the last three years, possibly four. We want people, not just vampire hunters, to see that vampires have vulnerable hearts,” added Clement.

“Jemaine, Taika and Emanuel have brought something uniquely funny to the table that will have an immortal life on digital,” said Paul Davidson, The Orchard’s senior VP of film and TV. “‘What We Do In The Shadows’ represents the kind of project The Orchard is excited to champion in the marketplace.”

The deal was negotiated by Craig Sussman of The Orchard with producer Emanuel Michael and CAA.

The Orchard recently acquired “Loitering With Intent,” which stars Marisa Tomei and Sam Rockwell. It also picked up the Sundance-winning documentary “Rich Hill.”