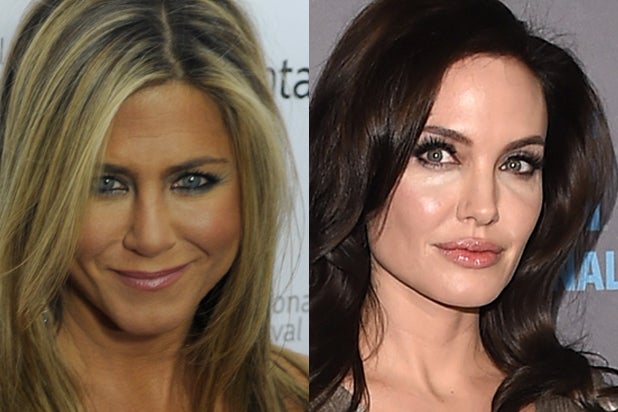 Jennifer Aniston wants the world to know she’s not hating on Angelina Jolie. In fact, she’s got nothing but praise for her new movie, “Unbroken.”

Just a few hours after she and Jolie made headlines for purportedly “avoiding each other” at the red carpet at the Critics’ Choice Awards, Aniston was asked whether the two are rivals.

“I think that’s slowly coming to an end,” Aniston told Entertainment Tonight. “I really do.”

Aniston then praised Jolie’s new film “Unbroken,” which incidentally was snubbed by the Oscars, as was Aniston’s performance in “Cake.”

“I mean, that movie is so beautiful and wonderful, and she did such a gorgeous job,” Aniston said.

Aniston insisted the tabloid rivalry reports were “tiresome and old.”

“It’s like an old leather shoe,” she reiterated. “Let’s buy a new pair of shiny shoes.”

It has been 10 years since Aniston and Jolie’s husband, Brad Pitt, called it quits. Aniston is engaged to actor Justin Theroux and Pitt married Jolie last year and have six children together.

“I think it’s time people stop with that petty B.S. and just start celebrating great work and stop with the petty kind of silliness,” she added.