“The Fire Will Burn Forever” is the tag line for the new “Hunger Games: Mockingjay — Part 2” promotional art that features star Jennifer Lawrence dressed in blood-red attire and sitting atop a massive ivory throne. 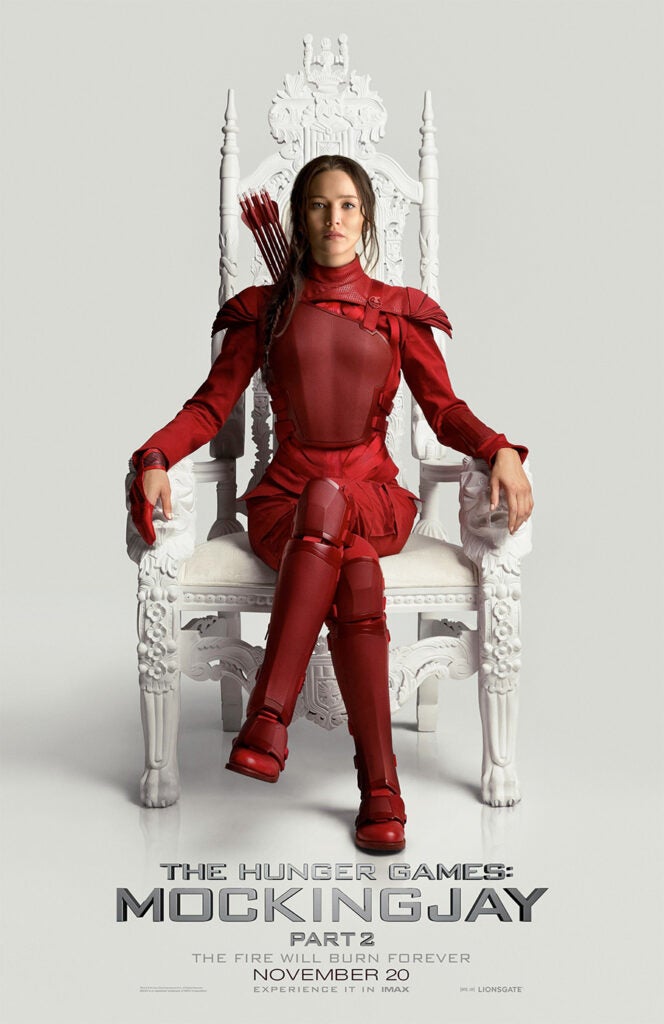 Lionsgate has also released a new teaser video (below), showing Katniss standing at the top of a giant statue that portrays the three-finger salute, which becomes the official hand signal of the revolution, accompanied by dramatic drum beats.

Imagine Tomorrow. #Unite with Katniss at http://t.co/TN7aGkrXPA, and stand by for a message from District 13. pic.twitter.com/dxa5jw7MfB