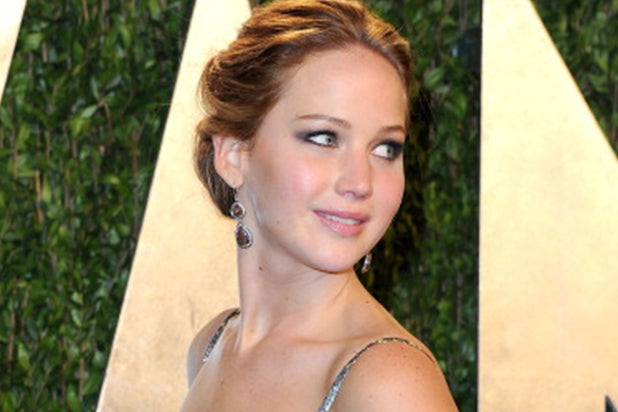 Jennifer Lawrence is the most popular movie star of 2013 on IMDb, according to the site’s “Top 10 Stars” ranking determined purely by page views from the database’s more than 160 million monthly unique users.

According to IMDb managing editor Keith Simanton, Lawrence blew even the closest competition away. She had 89 percent more page views than Moretz, and led the rest of the field by an even higher margin.

“The big story this year is Jennifer Lawrence, who is literally “The Girl on Fire,'” Keith Simanton, IMDb’s managing editor, said. “In 2011 she ranked #1 on the IMDb Top 10 Emerging Stars of the Year list. In 2012 she came in at #2 on our overall Top 10 Stars of 2012 on the strength of the first ‘Hunger Games.’ This year, she’s #1 as she dominated much of the early awards season, when she won the Oscar for Best Actress for “Silver Linings Playbook.” Then she re-ignited the latter half of the year as ‘The Hunger Games’ sequel, ‘Catching Fire,’ lit up November with box office records.”

“Sons of Anarchy” star Charlie Hunnam — who dropped out of playing Christian Grey in Universal’s “Fifty Shades of Grey” adaptation — ranked 14 overall, but was the site’s number one emerging star of the year. The list consists of actors who made their debut on the IMDb Top 100 Stars of the Year ranking for the first time.