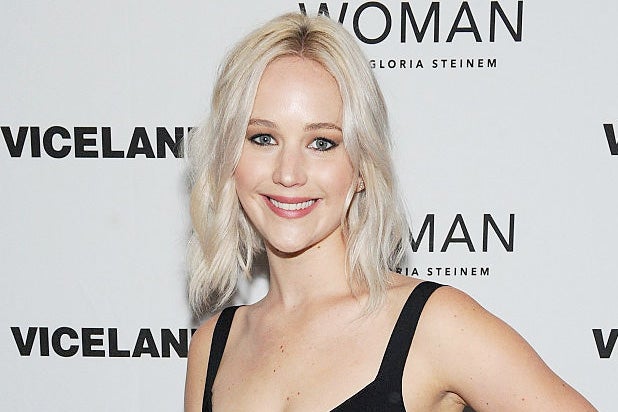 Jennifer Lawrence is still the highest paid actress in the world, even if her cumulative haul went down a few million bucks from the last time she topped the list.

The “Hunger Games” actress has topped Forbes‘ annual ranking of highest-paid actresses for a second straight year after raking in $46 million in the last year, thanks in large part to her payday from the final “Hunger Games” movie and her fee for the upcoming movie “Passengers.” The total is $6 million less than the last time she topped the Forbes list last year with $52 million.

Melissa McCarthy moved up in this year’s ranking from the number three spot to number two with $33 million. In addition to running her own clothing line, McCarthy reportedly pocketed a nice chunk of change for her role in the reboot of “Ghostbusters.”

Charlize Theron and Amy Adams cracked the top 10 this year as well, earning a reported $16.5 million and $13.5 million respectively. Mila Kunis jumped up several places as well to make number nine on the list with $11 million, thanks in part to endorsement deals with Jim Beam and Gemfields jeweler.

The only non-Hollywood actresses to make the top 10 were China’s Fan Bingbing, who dropped one spot from last year, and Bollywood’s Deepika Padukone.

Jennifer Lawrence comes out on top again this year. Click through to see Forbes' ranking of the world's highest paid actresses. Some may surprise you.