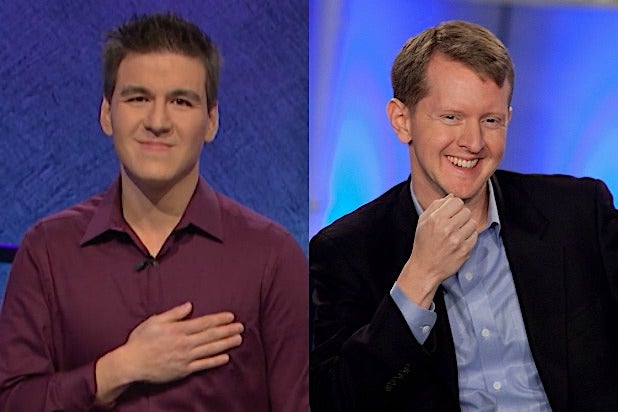 “Actual photo of James Holzhauer walking off stage at Jeopardy, his reign of destruction completed,” Jennings tweeted, along with a still of Josh Brolin’s Thanos from the end of the Marvel superhero team-up.

Holzhauer’s months-long winning streak was snapped on Monday when he was finally bested by competitor Emma Boettcher, by nearly $22,000 in the game’s final round.

Actual photo of James Holzhauer walking off stage at Jeopardy, his reign of destruction completed. pic.twitter.com/Xdf5PFR3QD

He was within spitting distance of Jennings’ record before making an uncharacteristically small Final Jeopardy wager in Monday’s episode.

“I never really believed I could win 75 shows, but I definitely thought I had a great shot at Ken’s cash winnings record,” Holzhauer said in a statement following his defeat.

“Emma dominated her warmup games that day, and I knew she would make an extremely tough challenger,” he added. “I was still incredibly impressed by her courage on that ‘True Daily Double.’ I’m proud that it took a top-level player at her absolute best to eliminate me.”