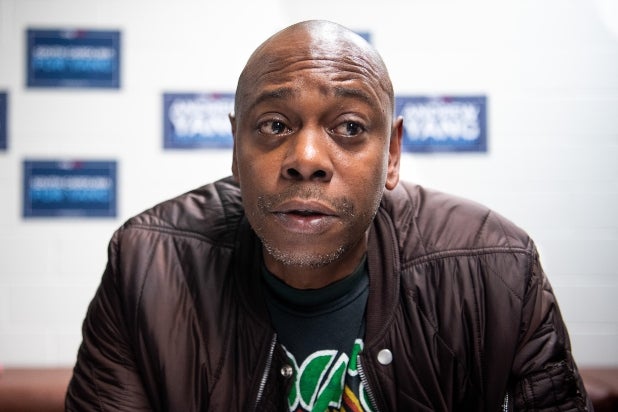 A question about a famous comedian on Wednesday’s episode of “Jeopardy!” had Twitter up in arms after all three contestants failed to identify him.

None of the three contestants could recognize a photo of Dave Chappelle, the funny man behind the iconic “Chappelle Show,” several Netflix stand-up specials including 2019’s “Sticks & Stones,” and in pre-pandemic years, a series of live shows where he teamed up with musician John Mayer to blend music and comedy called “Controlled Danger.”

In addition to a photo of the star, they were even given the following clue: “This comedian displayed his drama chops in ‘A Star Is Born,’ playing Bradley Cooper’s longtime friend.”

It seems that the contestants — Brian Chang, an attorney from Chicago, Alex Cohn, a psychiatry resident physician from Los Angeles, and Erica Holenick, a provider data specialist from Portland, Oregon — have never seen “A Star Is Born” either, because none of them even attempted to guess Chappelle’s name. Even guest host Ken Jennings seemed surprised.

But “Jeopardy!” fans on Twitter were absolutely appalled and simply would not stand for the lack of recognition, taking to Twitter to express their disappointment.

“No one on Jeopardy knows who Dave Chappelle is?!?!” wrote one user.

“How did the contestants not know Dave Chappelle?!” wrote another.

An even more impassioned user wrote in all caps, “NAH JEOPARDY WILDIN THEY JUST SHOWED DAVE CHAPPELLE AND NO ONE KNEW WHO HE WAS. I’M BOUTTA BOYCOTT THIS SHOW.”

No one on Jeopardy knows who Dave Chappelle is?!?! pic.twitter.com/R3ZRTrxEjl

How did the contestants not know Dave Chappelle?! #Jeopardy! pic.twitter.com/pu8ecW6RFs

None of these people on Jeopardy right now knew who Dave Chappelle is pic.twitter.com/hgcnmbrITg

I cannot *believe* none of these Jeopardy contestants knew who Dave Chappelle is? Like…how?!

Jeopardy! has definitely added more Black clue writers as of late but the contestants aren't yet ready for contemporary clues about Black American culture. No one knew who Dave Chappelle was on tonight's show. Yikes.

None of the 3 contestants on Jeopardy tonight could recognize a picture of Dave Chappelle pic.twitter.com/Ch6l2vth16